Gov't Must Listen To CSOs On Agyapa Deal – Toni Aubynn 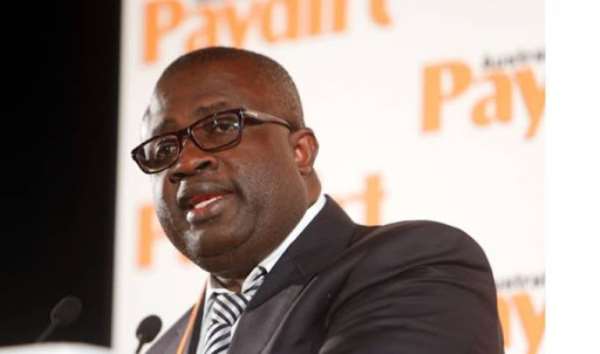 A former Chief Executive Officer (CEO) of the Minerals Commission, Toni Aubynn, has asked government to consider the concerns of Civil Society Organisations (CSOs) on the Agyapa Royalties agreement.

Mr Aubynn said the CSOs might have genuine concerns about the deal worth considering by the government.

“It is not good when something that is purported to be good for the nation is being kicked against by the biggest opposition in this country and a lot of these credible NGOs – CDD, IMANI, Coalition of NGOs on mining – there must be something awkward about it.”

“The gold royalties is something that Ghanaians really cherish because it is not a private company. Therefore when they are raising issues, I think that it is a great idea for the government to sit back and listen and try and address some of these concerns,” he said on Eyewitness News.

Civil society groups continue to mount pressure for the suspension of the operationalisation of the Agyapa Royalties agreement.

Some of these groups have already initiated an online petition to galvanize public support against the implementation of the deal.

This is despite an attempt by the Finance Ministry to put all related matters to rest.

Mr Aubynn suggested that the government could consider withdrawing and re-engineering the deal if concerns raised by the groups are legitimate.

“If I were the government, I would just withdraw this and re-engineer it. Give it more transparency and involve two parties in Parliament so that it becomes acceptable by all.”

He said although the deal was a good move, issues such as the approach for implementation should be examined.

“In principle, the idea that you will try and make more for Ghana by using the Minerals Royalties Resources is not a bad idea. The question is the approach, the transparency, the structure.”

The National Democratic Congress (NDC) has also demanded an independent probe of the valuations of royalty rights in the Agyapa Royalties deal.

At a press conference on Tuesday, September 1, the Minority Leader Haruna Iddrisu said a future National Democratic Congress government will not honour the terms of the Agyapa deal if the doubts of the Minority are not cleared.