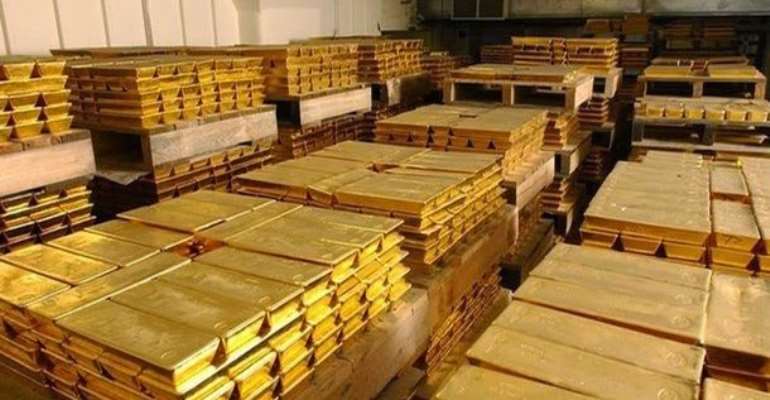 I have had the opportunity of reading the 25-page legal advice of the Attorney General and Minister of Justice given to the Finance Minister on the revised draft Agyapa Royalties Investment Agreements dated July 22, 2020. I have also had the opportunity of reading the over 100-pages amended Agyapa Agreements. This article is the analysis of just two sections of the AG’s legal advice on the agreements.

Let me put on record that, in principle, I am not against the intentions of agreements but in favour of Ghana’s best interest being secured under the agreements. I also appreciate that there are some who believe that only Wall Street experts have the understanding to interrogate the agreements and not Main Street people. Well, I am not even from the Main Street but from the untarred road that goes to my hometown in Ghana. As a Ghanaian, I have a stake in Agyapa as all other Ghanaians and that is the only qualification that I need to take part in the Agyapa agreements discourse.

To enable readers to appreciate why the need to ask the question, who are the unconscionables, it is important to refer to the relevant sections of the AG’s legal advice to the Finance Minister.

The aforementioned legal advice was in a letter to the Finance Minister reference number D54/SF.239 under the heading, “Revised versions of Project Kingdom Investment Arrangement Draft Agreements Incorporating the Honourable AG’s Recommendations”.

The first paragraph states, “Reference is made to your letter numbered MOF/OLA/PLDCDA and dated 22 June 2020, requesting the AG’s review of the following Agreements together with the explanatory notes for the implementation of the Kingdom Investment Project for the proposed monitization of Ghana’s mineral royalties;” and the list of the agreements are listed as from (a) to (h), eight in total.

Paragraph two reads, “This request is a sequel to this office’s opinion dated 28 May 2020 in respect of the same subject matter”.

Analyses of the above are that, what was sent by the Finance Minister to the AG was a revised agreement following an opinion by the AG to the Finance Minister on an earlier draft of the Agreements. These are clearly evident from heading of AG’s letter and paragraphs one and two.

This is critical because, despite an earlier legal opinion, the language of the AG’s advice contained in the letter of July 22, 2020 were such that it appears the Minister for Finance ignored the earlier opinion. If that was the case, then it’s an indictment on the Finance Minister as I will explain later.

The letter then provided detailed legal opinion and advice or recommendations in General and Specific Sections of the agreements. For reasons of time and space, I limit the discussions to only two sections of the General Comments.

Section 5 of the general comments states as follows: “The Agreements run in perpetuity and therefore have no fixed term. They are expected to run until the expiration of the last Mining Lease in Ghana. The Agreements also appear to be cast in stone with no option to evaluate their effectiveness and to or satisfactory performance so as to renew or terminate same should the need arise. This makes the Agreement unconscionable”.

Is the above not disturbing that a Finance Minister will not question such unconscionable terms and submit it to the AG for at least, the second time? Yes, the Finance Minister is not a lawyer but has the ministry not got a legal department with lawyers that could have looked at the draft? Perhaps, that was not their duty. But what about the three law firms who were the Transaction Advisers, (White & Case LLP of London, Bentsi-Enchill, Letsa & Ankomah of Accra and Africa Legal Associates also of Accra)? Who were they advising, Government of Ghana or the foreign partners? If government of Ghana, did they provide any advice on the draft or revised agreements to the Minister for Finance prior to the original and the revised draft agreements being sent to the AG for her legal opinion? If yes, did they not see that the revised agreements as presented to the AG was unconscionable? Whose interests were they representing or were they just interested in their fees?

It has been reported that the agreements were “cast in stone” to avoid future governments interfering with it, Really? Is it not the same Finance Minister who was not happy that the previous Mahama government had entered into agreement with the IMF and World Bank that tied his hands and did not renew the agreement? Could he have done that has that been “cast in stone”? So, why would he want to tie the hands of future governments in perpetuity? I personally do not buy such explanation and believe that there is more to it than we are being told.

The next section of the General Comments that is of importance is Section 8. It also states as follows: “Act 978 (The Minerals Income Investment Fund, 2018) allows the Minister to execute a tripartite stability agreement with the Fund and Special Purpose Vehicle (SPV). The stability Clauses in the present agreement relate to both legal and fiscal stability and covers any law or action that may affect the performance of the Agreement”.

“It freezes anything legal including judicial orders and decisions. In effect, no court can pronounce on any part of the agreement as being illegal, unconscionable, null and void or any matter before the court which may or is likely to affect any part of the agreement. This will amount to executive interference of the powers of the Judiciary, which is a violation of the concept of separation of powers and provided under the Constitution of Ghana. Therefore, the executive arm of government cannot enter into an agreement that curtails the independence of both the Legislature and the Judiciary.”

Wow, and this was the second opinion. Remember, the first one was dated May 28, 2020. Does this mean the first opinion did not make the above observations? If it did, why then did the Finance Minister send it back unamended for the AG to repeat such an indictment on the revised agreements? Again, what about the three Transaction Advisers, did they not see that the stability clauses were unconstitutional? How on earth could a Finance Minister allocate such powers to the fund managers to such an extent that even the judiciary could not question the agreements? If this does not amount to state take-over, what is it, a plantain republic?

Was the Finance Minister arrogant or he just did not care and was determined to do whatever he wanted? What were his motive for the determination to ensure that the agreements were untouchable and beyond the reach of the Executive, the Legislature and the Judiciary? Is that why Agyapa is registered in Jersey where the records will not be accessible to anyone, except the fund managers?

Can the Finance Minister and the Transactions Advisers look at the Ghanaians in the eye and tell them that the revised agreements presented to the AG were conscionable and constitutional? In my view, the answer is emphatically, no.

I personally do not believe that the reason why those Stability Clauses were inserted was to ensure any stability of the investments or to prevent any interference by future governments. In my candid opinion, there is something more sinister than we are being told.

In 2014, I read that between 1999 and 2000 a housing investment (Obotan Project) was initiated by a group of investors, including the now Finance Minister. 55% shares were bought by Social Security and National Insurance Trust (SSNIT). Between 2005 and 2007, Data Bank acquired the 55% shares at the price which SSNIT bought them with interest instead of the market value of the shares at the time Data Bank bought them. He refuted the allegations against him but his clarification raised more questions than answers (see, “Ken Ofori-Atta Clarifies Obotan Sale”, Graphic/Ghanaweb, November 26, 2014). I challenged his version in an article titled, “Who is Ken Ofori-Atta Deceiving?”, Modernghana, November 28, 2014). The question is could the revised agreements have been left unconscionable and unconstitutional for the control sole of the Finance Minister and a potential opportunity to buy the controlling shares through Data Bank years later?

The Finance Minister is an intelligent, clever and competent person but it beggars belief what motivated him to behave the way we now know with the Agyapa Agreements. We can only speculate but one thing which is not in doubt is that if we count the unconscionables, they will include the Finance Minister. If the three Transaction Advisers also acted for and on behalf of the government of Ghana, then they are also part of the unconscionables. Do they deserve their fees?

In fact, if the Finance Minister were to be in any of the developed democracies such as the UK, he would have resigned his post or be sacked for his unconscionable and unconstitutional attempting to foist such draconian agreements on Ghanaians and future generations. The three Transaction Advisers would have bee reported to their respective regulatory bodies for investigation in what appears to be professional misconduct if they acted for the government of Ghana.

What about the Legislators who are paid to check abuse of office and power by the Executive but failed to stop the unconscionable and unconstitutional agreements? Are they also unconscionables? Yes, I believe so.

As for the AG, though she might have given in under pressure since not all her advice and recommendations have been incorporated into the agreements. I have nothing but admiration for her. She has balls and has shown that Ghanaians can rely on her to safeguard the national best interests. Ayekoo, Glorai Akuffo.