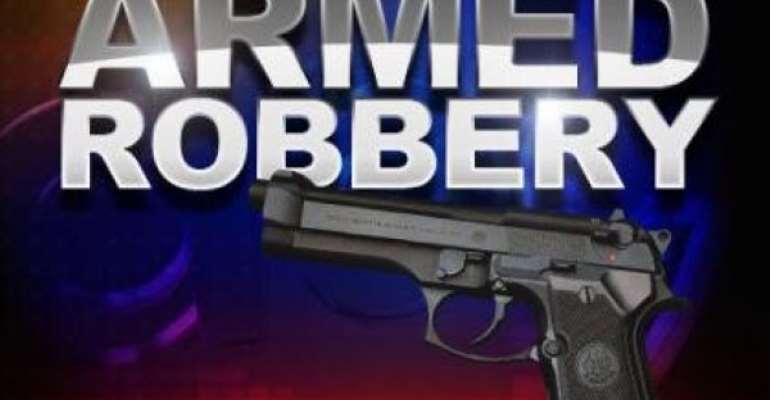 Two armed robbers have attacked a mobile money vendor at Yendi and took away from him GH¢5,300.00

The incident happened at Balogu North, a suburb of Yendi, around 18:30GMT on Monday, August 31.

According to Mr Baba Sulemana, 30 years, Agent of TA-HA Enterprise Money Transfer, one of the robbers, wearing a face mask, entered the container with a knife and a shocker and asked him to kneel down and show him where the money was.

Mr Baba said he showed him a drawer where GH₵1,000.00 was kept and when he opened the drawer and removed the money, he asked him to show him where the rest of the money was and he showed him a bag, which contained GH₵4,000.00 and he took it and another GH₵300.00 bringing the total amount to GH₵5,300.00.

Mr Baba said immediately he (robber) took the bag, he was joined by his other colleague robber, who was standing outside the container wearing a crashed helmet, he removed an AK47 rifle and started firing and they took off on their motorbike.

He indicated that when the people around started running, a bullet hit one 51-year-old Mr Awolu Zakaria.

He said the robbers bolted before the Police arrived.

Mr Zakaria was rushed to the Yendi Municipal Hospital where he is responding to treatment.

Akufo-Addo to launch ‘Operation Clean Your Frontage’ in Accr...
14 minutes ago