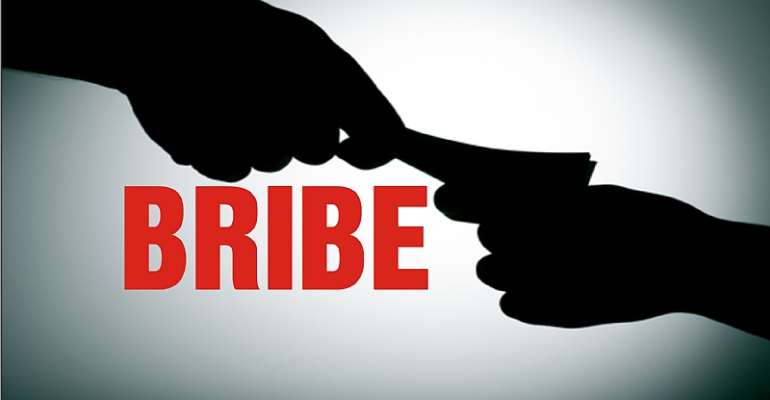 Ghanaians have been advised not to make any attempt to corrupt persons who have been entrusted with resources or allow themselves to be corrupted by such people.

They must ensure that people with power and resources did not abuse or misuse it to their benefit but in the interest of the public.

Mr Theophilus Tetteh Tuwor, Central Regional Director of the Commission on Human Rights and Administrative Justice (CHRAJ) who gave the advise encouraged citizens to report any corruption issue that came their way, describing it as their civic responsibility.

He was speaking on the topic “Corruption and its Effect on Development Project” at a social auditing forum organised by the National Commission for Civic Education (NCCE) with support from the European Union (EU) at Amoyaw, a community in the Cape Coast North Constituency of the Central Region.

The forum brought together community leaders, chiefs, assembly members and other stakeholders to discuss the involvement and role of the people towards the development of the area.

Mr Tuwor said any community with corrupt leadership would not see much development and reiterated that corruption deprives people of their fundamental human rights and retard development.

“We should not see corruption as something very far from us but something that affects our human rights”, he added while encouraging the people to show active interest in developmental projects ongoing in their area.

He noted that the community members would be the ultimate losers if they failed to not take active participation and track the development projects in their communities.

“The contractor will come and do the work and go but if it is a shoddy work, its affect you. When projects are abandoned, you lose, so if you do not look at it well and the project is not well executed, it becomes your burden”, he said.

A seven-member Social Audit Committee was constituted at the end of the forum to follow up and collaborate with all stakeholders to bring development to the community.

Mr Tuwor urges the committee always liaise with contractors of projects in their community to know the duration and other details and collaborate with them for its smooth execution.

Mr Ebenezer Kwesi Dadzie, Cape Coast Metropolitan Director of the NCCE underscored the importance of community members tracking development projects ongoing in their communities saying, that would do away with waste of the taxpayers money.

Mr Kobina Issah, the assembly member of the area commended the NCCE for the education and implored the chiefs to take a lead role in monitoring the development projects.