Pay The 14,000 Teachers You Deleted, You Have 15 days Or We'll Advise Ourselves – Teachers To GES 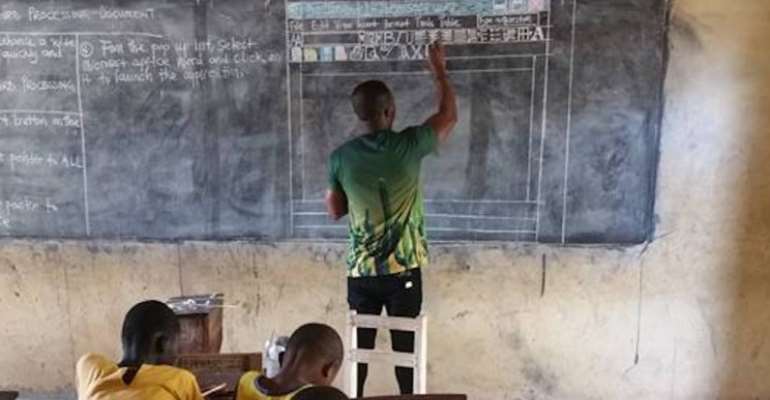 Leaders of teacher unions say they will “advise themselves” if the Ghana Education Service (GES) does not pay some 14,345 teachers and workers of the Service whose names were deleted from the payroll.

A joint press statement issued by the Ghana National Association of Teacher (GNAT), National Association of Graduate Teachers (NAGRAT) and Coalition of Concerned Teachers Ghana (CCT-GH) on Tuesday, 1 September 2020, said the teachers are also displeased because their salaries for the past three months have not been paid, even though they worked throughout the period.

Describing the situation as “unacceptable”, the teacher unions have given the GES a 15-day ultimatum to fix the anomaly or “we have no other alternative than to advise ourselves”.

The leadership of the teacher unions will want to show our displeasure and unhappiness to the unacceptable development where our 14,345 teachers and workers in the Ghana Education Service have had their names deleted from the payroll and have not been paid their salaries for the past three months, though evidence show that these teachers are at post and have been working.

The unacceptable situation has come about as a result of a list developed and sent to the Controller and Accountant General Department (CAGD) by the Audit Service with the explanation that the affected teachers were not at post and are deemed as “ghost” teachers.

We will want to indicate our indignation to the modus operandi of the Audit Service in declaring Public Sector Workers as “ghosts” without first resorting to the various service organizations for cross-checking and verification. A simple reference to the various Heads of Institutions of the affected GES workers to authenticate or otherwise, the presence of the worker could have avoided the embarrassment and pain caused these hard-working Teachers who are being made to go through pain they do not deserve.

After several representations on the matter to the management of the GES, the leadership of the Unions were promised that the anomaly has been identified and that measures are far advanced to ensure that the affected teachers are paid.

Unfortunately, the affected Teachers have not been paid their salaries, even for the month of August.

The leadership and the entire membership of the Teacher Unions i.e. GNAT, NAGRAT and CCT-GH cannot and will not sit by for innocent and hardworking Teachers to be wrongly denied their legitimate salaries and compensation.

We call on the management of the Ghana Education Service to ensure that the teachers are paid without delay.

The leadership of the Teacher unions, GNAT, NAGRAT and CCT-GH is giving a 15 September 2020 ultimatum for the affected teachers to be paid or we have no other alternative than to advise ourselves.

She even wears knickers to wash in the compound — Takoradi w...
25 minutes ago