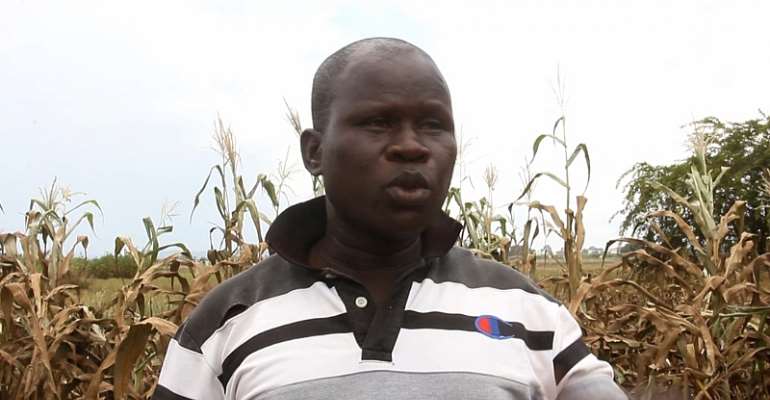 The dreams of thousands of farmers in the flood-hit areas of the Upper East Region have been shattered as their crops washed away by floodwater.

Mr Ariku Martin Akudugu, the 1st runner-up to the 2016 national best farmer from Binduri District, has lost about 700 farmlands and over 2000 farmers have also been affected by the flood waters along the white volta.

Mr Ariku said his maize, rice and groundnuts crops have all been destroyed by the floodwaters.

According to him, he followed the directive of the Ministry of agriculture buffer Zone to farm 1km away from the centre of the white volta and yet could not be spared.

He called on government to fast track the Pwalugu multipurpose dam to save farmers from the ritual flooding.

Assibi Akologo, a farmer at Bazua said, she has six acres of maize but has lost all to the flood.

She however appealed to philanthropist and spirited individuals to come to their aid especially farmers along the white volta.