By John Ndavula - The Conversation 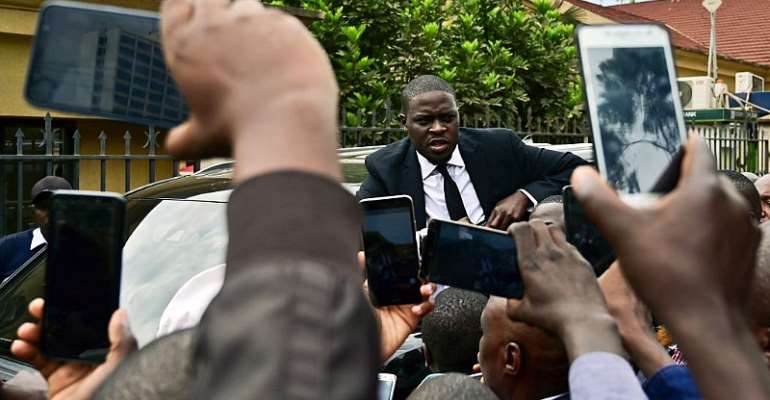 Nairobi senator Johnson Sakaja is filmed during an impromptu meeting on the streets of the capital. - Source: Tony Karumba/AFP via Getty Images

Social media have opened up spaces for political candidates to engage with voters in more direct ways compared to traditional forms of campaigns such as rallies, billboard advertising, and the legacy media. Social media enhance the flow of information between candidates and voters. Traditional media in contrast are expensive; the feedback is constrained and they privilege elite candidates.

Political campaigns are all about informing, mobilising, involving and connecting with voters. Social media amplify this and build a community of advocates for a candidate running for office. They allow politicians to run permanent campaigns and to address a more complete range of policy positions than can be conveyed on television or radio.

Social media were used sparingly by politicians in Kenya's 2007 elections. However, there was a significant increase in use in the 2013 elections, and an even greater push in the 2017 elections. Over 80% of candidates had an online presence with the winning political coalition, Jubilee, using social media most aggressively .

The greatest attraction for politicians is the large number of Kenyans on social media. The latest data put internet penetration at 90%. There are 8 million social media users and over 80% of Kenyans visit platforms such as Facebook, YouTube and WhatsApp. Most used social media platforms. We Are Social (2020)

It's no wonder that President Uhuru Kenyatta, who was an active tweeter in 2017, was among Africa's top ten tweeting politicians. But, although candidates for higher offices used social media, the biggest beneficiaries were candidates campaigning for lower offices, especially in the counties.

For example, a first-time parliamentary candidate in Nairobi banked on social media for his campaign with notable success. Without the backing of a major political party, political activist Boniface Mwangi leveraged his huge following on Twitter (1,500,000), Facebook (439,200) and Instagram (115,000) to launch a massive online campaign.

Social media, therefore, provide a forum for a free exchange of ideas, unconstrained by imbalances of power and resources. But as I conclude in my book Social Media and Political Campaigns in Kenya , established political actors have resources to exploit online communication. Influential politicians still carry the day and their tweets shape public opinion.

The power of social media

Social media reach is greatest among younger voters, who have integrated online platforms more closely into their personal lives. They are attracted to new forms of communication for social interaction and personal gratification. Eye-catching political campaign content can attract their attention too.

This can then open the door to more significant actions. For instance, young voters can register. Or they can discuss the election campaign issues with friends or parents.

For candidates with limited resources, social media provide an opportunity to raise small contributions from a large number of people. Mwangi exemplified this trend by raising money through appeals on social media. He even obtained a campaign truck donation from a supporter on Twitter .

Many other candidates at the county level raised campaign cash to varying degrees through resource mobilisation on WhatsApp and Facebook groups with the cash channelled via mobile money services.

Digital connectivity and interactivity can enhance political knowledge and political information. Since everyone can, in principle, use the web to address the public, the hope remains that previously marginalised actors can leverage the power of social media to gain visibility.

On the flip side, online spaces can be used as avenues for propaganda, incitement to violence, hate speech or advocacy of hatred. Online campaigns have been disgraced by firms such as Cambridge Analytica , who ran a negative campaign for the Jubilee Coalition in the 2017 elections.

In addition, politicians have been cyberbullied by Kenyans on Twitter (#KOT). President Kenyatta was hounded out off Twitter and Facebook by #KOT. And a recent survey found that 90% of Kenyans had encountered fake news regarding the 2017 elections.

This can potentially undermine freedom of expression online.

There are several lessons to be learnt from experiences in the 2013 and 2017 elections. First, social media platforms are a tool for communication and not an end in themselves. For more effective messages, even candidates for lower offices may need to engage paid communication managers.

Second, social media have earned a reputation as conduits for fake news, toxic politics and lowering the quality of political debates. There are many instances where political messaging has veered into unethical or potentially criminal conduct.

This calls for reviewing existing regulation so that online spaces are safer for political candidates and voters alike. Institutions which regulate communications technology or monitor hate speech should not be used at the behest of the ruling elite, but rather work to enforce the law for candidates from all walks of life.

John Ndavula does not work for, consult, own shares in or receive funding from any company or organisation that would benefit from this article, and has disclosed no relevant affiliations beyond their academic appointment.