What's triggered new conflict between farmers and herders in Nigeria 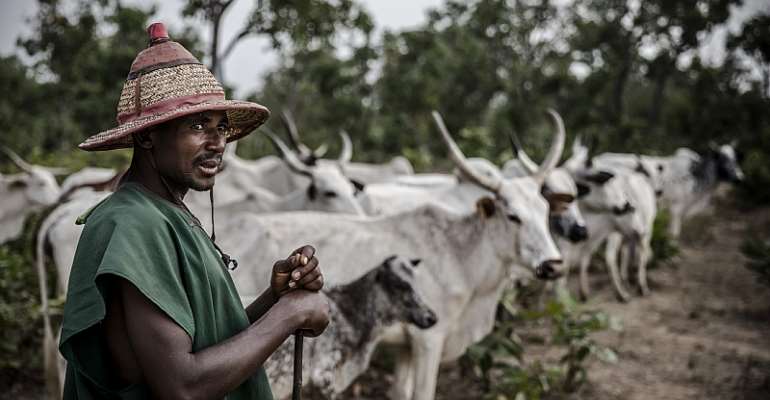 Previous studies have established land resource struggles and weather among the factors fuelling clashes between farming and herding communities in Nigeria. While these factors remain relevant to understanding the relationship between these two communities, contemporary triggers show the dynamic nature of the conflict and the unique nature of the crisis in different locations.

By 2016, such conflicts had claimed 2,500 lives, displaced thousands, destroyed properties worth billions of Naira and had several other humanitarian consequences .

A series of conflicts has been experienced in Obi, Doma, Keana and Awe local government areas of Nasarawa State starting from 2017. It has led to the displacement of communities and loss of lives and livelihoods. The conflict flared up after a new grazing regulation law took effect in neighbouring Benue State. Nasarawa, where the main economic activity is growing cash crops, received an influx of thousands of herders and about 2 million cows from Benue.

Against this background, our study examined contemporary conflict triggers between pastoralists and farmers in Nasarawa State.

We interviewed leaders of the Miyetti Allah Cattle Breeders Association of Nigeria and farmers in camps for internally displaced people.

We found that the introduction of the Open Grazing Prohibition and Ranches Establishment Law in Benue State had effects that spilled over into Nasarawa.

Local politics, rumour and the establishment of livestock guards triggered hostilities between nomadic pastoralists and farmers in Nasarawa State. Understanding and reducing conflict between these two communities is important to achieve food security and avoid a humanitarian crisis.

Backlash from the grazing law

The perennial conflicts between cattle herders and crop farmers in Benue State forced the government of that state to enact the Open Grazing Prohibition and Ranches Establishment Law, 2017, commonly called the anti-grazing law .

Its aim was to prevent clashes between farmers and herders, halt destruction of farms and the environment, prevent the spread of diseases caused by animals and create an enduring environment for large scale crop production. But what was designed to restore order in Benue State became the trigger of conflict in Nasarawa State.

Pastoralists criticised and rejected the ranching option. Thousands of them migrated into Nasarawa, which did not have such a law in place.

An additional element of the situation is ethnicity. The Tiv ethnic group is a majority in Benue but a minority in Nasarawa. Migrating Fulani pastoralists from Benue demanded that Tiv crop farmers in Nasarawa move out of their way.

As one cattle breeder in our study said:

If you want to meet any Fulani herder, they have moved to Taraba and far parts of Nasarawa, some to Plateau and other states.

One of the participants, a Tiv farmer, stated:

The Fulani people are chasing us. They are asking us to leave Nasarawa state, claiming that the Tiv people and their Governor are chasing them from Benue also. The Fulani people started attacking those of us in Nasarawa, killing us and taking over our houses, properties and farms.

The tussle for electoral victory in the 2019 general elections was one trigger. Some participants alleged that the former governor of Nasarawa (now a Senator) was sponsoring the conflict or only reluctantly responding to it because the scenarios were playing out to his own advantage. They believed he was not likely to get the majority of votes from their location. With the crisis and their displacement, they are unlikely to vote and that may tilt victory in favour of the Governor. A farmer participant retorted:

We also believe the tussle for power between the Governor Al-Makura and the present serving Senator is also part of the problem. The governor is contesting for senator position and so we believe he is trying to chase us out using the Fulani because he believes that the Tiv people will not vote for him and also one of his wives is a Fulani woman.

The livestock guard is a special task force created to enforce the new law that prohibits open grazing in Benue. But the herders have accused them of cattle rustling. Cases of cattle rustling became more widespread after the implementation of the anti-grazing law.

Some believe one of the immediate causes of the conflict is rumour. Rumour can either be deliberately crafted for some form of propaganda or it may be simply false. One of the respondents observed:

Sometimes when there is a little misunderstanding between a Fulani man and a farmer and it happens that the Fulani man uses his machete on the farmer, causing a little cut, the rumour that will be carried to the town is that the Fulani have killed so many people and as such serious violent conflict will just erupt between farmers and herders.

The contemporary triggers of the conflict show the centrality of federal and state governments' taking proactive and responsive steps and decisions to prevent violent conflict which may threaten national peace and security.

Neighbouring states should consider the potential spill-over effects of a policy which could potentially harm the other. They need to be prepared for the consequences before any law is put in place.

It is also important to prepare communities that are likely to be affected by a policy. Farmers and herders should be informed about the law and the reasons it has been adopted.

The new law may also need to be reviewed to accommodate the concerns of the herding communities.

Oludayo Tade does not work for, consult, own shares in or receive funding from any company or organisation that would benefit from this article, and has disclosed no relevant affiliations beyond their academic appointment.