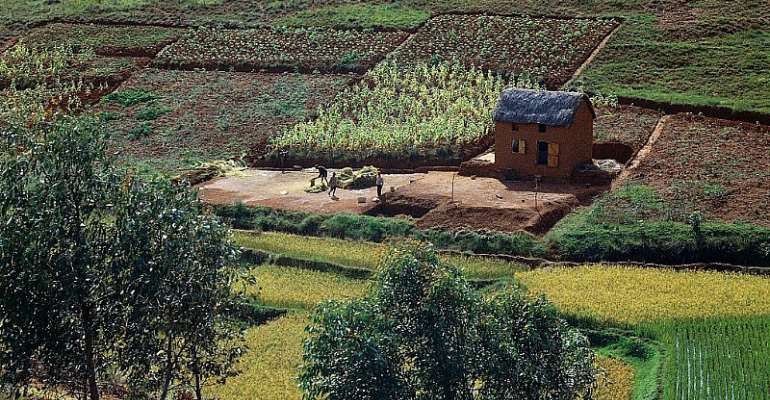 The African continent is the most targeted region in the global south for large-scale land acquisitions. According to the Land Matrix , more than 14.2 million hectares of land have been transferred (in concluded deals) to large-scale agricultural investments in Africa. Most investors are from Europe, America and the Gulf States.

But there is a risk involved. These large-scale agricultural investments that produce cash and food crops for export could cause a loss of local land rights and access, and could threaten food sovereignty – people's control over production and distribution of food.

With all land change uses, there are positive and negative influences and outcomes that need to be carefully weighed by governments and communities in the negotiation of these deals. Indeed, it's often assumed that the impact of these investments on household food security and rural livelihoods will be mostly negative. But few studies have been done to test this assumption.

We carried out one such study in Madagascar and found that large-scale land acquisitions don't always have those adverse effects. In the debate about reducing poverty, it's important to understand what's really happening on the ground.

Weighing up the pros and cons

Land is important to the livelihoods, food security and the social identity of many people. A lack of adequate and secure access to land and natural resources is a cause of hunger and poverty. Globally, half those suffering from hunger are smallholder farming households. One in five of these households are landless.

Globally, the narrative focuses on the adverse effects of land investments. It often looks at the negative impact on people who depend on grazing, fishing and forest access.

The case of Madagascar

Madagascar is one of the most targeted countries for land-based investments in Africa, with a total of 1.4 million hectares in concluded deals. We explored the food security effects of large-scale agricultural investment in an area of Madagascar.

Only a few households reported losing land rights. A study of Kenya, Madagascar and Mozambique found that land-use patterns had occurred as the companies converted grassland to cropland. Unfortunately, the food security levels of the communities prior to the arrival of the agribusiness investments was not known. This limited the ability to draw conclusions on the changes that may have happened.

The study therefore focused on comparing the food security of three categories of households in the area of the agribusinesses.

Their diets lacked diversity, however, perhaps because the income from employment was not enough to afford a variety of nutrient-rich foods. Low dietary diversity limits the intake of essential micronutrients and can lead to reduced productivity of adults and affect the growth and development of children .

Households with employed members experienced less hunger than households engaged in contract farming and fewer months of inadequate food provision, because of their regular wages. But many did not have assets to sell in times of need. This reduced household ability to cope with food insecurity should a loss of income or natural disaster take place. It may be that the wages were enough to keep them from hunger but not enough for them to save and invest in assets for future stability.

Contract households farming barley on consignment enjoyed diets with higher diversity than households with members employed by the companies. This may arise from contract farming households having access to additional land to grow a variety of food crops for household consumption. But these households were worst off for most other food security indicators. This was because they received lumpy one-off contract payments compared to the consumption-smoothing monthly or weekly payments of employed households.

The impact of large-scale investments in agricultural land is controversial. We found that households where at least one member was employed by the agribusiness were mostly more food secure than households carrying out contract farming. But this wasn't always the case. Households in the zone of influence, but not engaged with the agribusinesses, were not found to be negatively affected in terms of food security at the time of the survey.

The most noticeable difference between households in the area of the agribusiness and those in the counterfactual community was observed in greater dietary diversity of the counterfactual households. This may have been attributed to their more traditional subsistence livelihoods and production patterns.

Governments in host countries should prioritise land reform to protect local land rights. They should also develop policy frameworks and institutions to enforce such policies and protect the food security of local communities.

Public policy should foster nutrition-sensitive approaches that provide incentives for organisations to improve worker nutrition, which in turn will reach households.

These incentives could encourage better farming practices, through subsidised seeds and farm inputs, access to irrigation and extension support. This will aid the production, harvesting, storage and preparation of nutritious foods to improve the dietary diversity of employees and contractors.

By Wegayehu Fitawek, PhD candidate in Agricultural Economics, University of Pretoria And

Latest Photo Reports
Catch up with all the political quotes from our politicians.
Advertise here
More Article
ModernGhana Links
COVID-19 pandemic receives less public sensitization attention in a Ghanaian print media — IBNA research
A grass native to Africa could transform the continent's dairy yields. Here's how
We can't banish COVID-19. But we can end the pandemic with vaccinations
My findings about the sanitation conditions in Nigeria's Ile-Ife point to a bad situation
Informal workers in Senegal, Mali and Burkina Faso have been hit harder by COVID-19
Now is the time to sprint if we want to end hunger, achieve other SDGs
Effective community policing in Nigerian town could be a model for other places
Let’s Dream of an African Renaissance
Ensure Maximum Transparency In The Confirmation Of Metropolitan, Municipal, District Chief Executive Nominees
TOP STORIES

Takoradi 'azaaa' woman still in custody as she fails to meet...
41 minutes ago