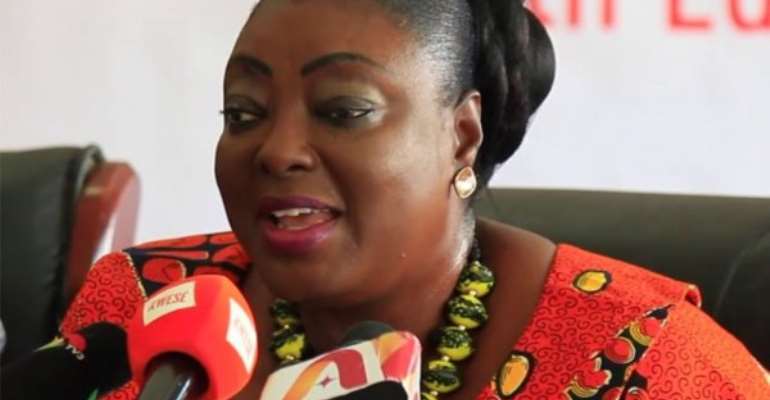 Mrs. Freda Prempeh, the Member of Parliament (MP) for Tano North Constituency in the Ahafo Region on Monday said, President Akufo-Addo's government has done a lot to deserve the votes of the electorate in the Constituency.

She emphasised that the government had not neglected the Tano North Municipality in the distribution of the national cake, saying within the three and half-year term, development witnessed in the area was unparalleled.

In an interview with the Ghana News Agency (GNA) at Duayaw-Nkwanta, Mrs. Prempeh who is the Deputy Minister of Gender, Children and Social Protection, called on her constituents to appreciate the President by voting to renew his mandate in the Election 2020.

She said the level of development in the Constituency was obvious for everybody to see, indicating that the electorate in the area would be ungrateful to the President if they failed to re-elect him on December 7.

Mrs. Prempeh said education, health, agriculture, road network and electricity had been improved, saying more than 60 boreholes had also been constructed in the deprived communities, while about 30 communities had been hooked on to the national electricity grid.

She said the Bomaa-Onye-Nkwantabisa, Adrobaa-Krofrom-Susuaho, Bomaa-Anwenase-Atonsu and Duayaw-Nkwanta-Bomaa roads would be put into good shape by the close of the year, while the 12.7 kilometre Techire-Adrobaa road was almost completed.

The MP added that works on the Tepa-Bomaa, Duayaw-Nkwanta-Bredi, Duayaw-Nkwanta-Adagyamamu, as well as Bourkrukruwa and Yamfo town roads were progressing and they would be completed very soon.

Mrs. Prempeh said the Yamfo town roads, Bomaa-Duayaw-Nkwanta stretch and the Bomaa-Dwenase-Atonsu under the Cocoa Roads Rehabilitation Project had all been awarded on contracts and work on them commenced.

On behalf of the people, the MP thanked President Akufo-Addo for the excellent work towards improving particularly road and health infrastructure in the area.