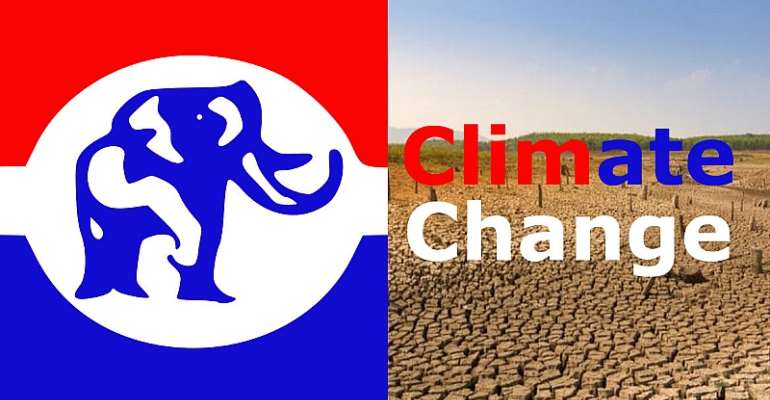 The Centre for Climate Change and Food Security (CCCFS) would like to put out our opinion per our review of NPP’s manifesto on the areas of climate change and food security in line with our organisation’s vision and mission.

Climate change issues have gained global traction because of the impact climate change has on almost every facet of human existence. To address the issue, there have many global accords including the famous Paris accord, that seek to galvanise governmental commitments from various countries in addressing the problem.

Food security on the other hand, which relates to climate change as an either a positive or negative outcome, continue to be a global agenda because some 690 million people representing 8.9% of the world’s population, are hungry. SDG 2 envisions eradication of hunger by 2030.

Ghana is a signatory to almost all the international accords, declarations, treaties etc on these two interlinked issues. That is why, academics and civil society must continuously benchmark government’s performance or commitments to the realisation of these international commitments. The manifesto, having become an integral part of Ghana’s politics, gives an insight on the aspirations of future governments, making it an important document for assessing potential governments. This is exactly what we seek to do with this piece of work.

This assessment looks exclusively at what NPP intends to do should it win the next election as presented in their manifesto. We, therefore, delink completely, all ongoing projects that have implicit or explicit implications for climate change combat and food security from this assessment. The focus here is on post-2020 events.

We intend to answer questions a & b quantitatively through simple counting and to qualitatively answer question 3 using the SMART instrument. Each letter in the measurement instrument, SMART, is assigned a 20% score, altogether making 100%. Each promise is assessed using this criterion and then, a cumulative average is extracted for all promises.

Question: Are there specific promises on climate change combat?

Question: Are there general promises that are not specific but have unintended effects on climate change?

Question: If there are any such promises in respect of questions a & b above, are they realistic and achievable using our SMART instrument?

Verdict: NPP manifesto scores 0% on the combat against climate change.

Some 2% of Ghanaians representing 2 million in nominal terms, are estimated to be hungry. Ghana as a signatory to the SDGs, should be working to eradicate hunger in its entirety by 2030. The possibility of achieving this, will be based on government’s agriculture programmes.

Question: Are there specific promises on food security?

Question: Are there general promises that are not specific but have unintended effects on food security?

Question: If there are any such promises in respect of questions a & b above, are they realistic and achievable using our SMART instrument?

The promises have been assigned numbers in a descending order where 1 represents the first promise and so on, for easy identification and counting.

This table gives a breakdown of the scores we assigned to each promise.

Director of Research, Centre for Climate Change and Food Security