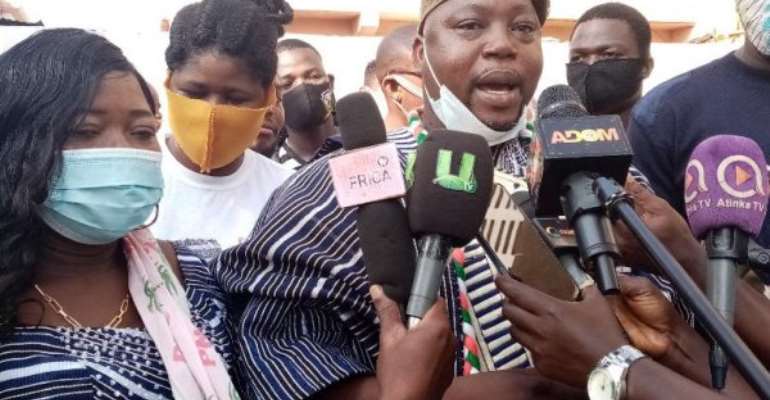 Three persons, all males, have filed nominations to contest the flagbearer position for the People's National Convention (PNC).

A total of 21 others submitted their nominations to occupy various positions in the Party.

Mr Awingobit, after submitting his nomination form to the General Secretary, donated one air-condition to the Party Headquarters.

He said it was in fulfilment of a promise he made to the Party and appealed to the Party's delegates to vote for him to reposition the PNC to win the December polls.

Reverend Adjay said when made PNC flagbearer, he would “correct all the wrongs” and make the Party attractive to win the impending General Election.

Mr Apasera said his aim was to build the Party and lead it to victory in December.

Mr Jacob Kwame Amoako, the Acting General Secretary of the Party in an interview with the Ghana News Agency, said the Party's General Congress would be held on September 19th.

He said due to the COVID-19, the filing fees for the positions had been reviewed down.

He stated that the deputies for the various positions would pay half the amount.

Mr Amoako said the Party was poised to win the polls in December, claiming that social intervention policies such as the Health Insurance, School Feeding Programme, Free Education and GetFund were ideas of the PNC.