$20 million is needed for expenditures? Miscommunication and lamenting 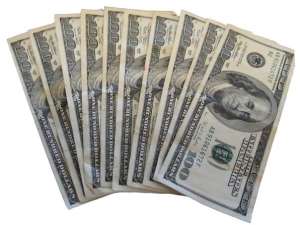 Why can't anyone explain why and how $20 million is needed for expenditures for Ghana's 50th Anniversary in 2007?

In an average Ghanaian home, the father is the boss of the family, so he dictates and all he says is supposed to be the gospel. No one is expected to pose questions and the father is not ready to answer any questions, anyway. So for instance, the Father decides the Easter holidays will be spent in e.g. Kumasi. Father tells mother a day or two before that there will be a trip to Kumasi, and mother also informs children the following day about the trip to Kumasi. As to take off time, no one knows. Whether it will be after breakfast, lunch or dinner, only the Father knows. So mother and children wake up on the said day, and all get ready for the trip, while the father takes his time, drives off to town to complete his business, and children and mother have to wait till father returns. Finally, what the children expected to be a trip in the morning ends up being a trip that would start at dusk. And no one dares complain.

Such is the political rule in Ghana. Politicians in Ghana behave like they are ruling their private homes. No one dares queries them about performance and they are not interested in answering questions too, because it is their fundamental human rights, not to answer questions. Those who take off some time to answer questions, have one basic intimidating sentence and that is: at your level of education, I expect you to know better and not ask such questions?

A sentence that makes some of those half baked media sensationalists known as journalists in Ghana these days, look so stupid and incapable of asking further questions.

I am not holding brief for any minister, but for anyone who is involved in organising events and major events as an annual celebration for a Golden Jubilee of a nation, $20 million is actually chicken feed. But why can't the chairman of this so called golden jubilee committee explain how the money will be expended for the masses to understand why that amount may not even be enough and why they think they will need such an amount in the first place?

Amongst those who are lamenting, are those who are yelling that more schools should be built. Excuse me? More schools? Ghana has minimum 250 secondary schools. Minimum 7 universities, and primary schools, not even the ministry of education can give you the right figures, but on average, lots of them.

Just some months ago, when Asheshi and central university were advertising for students, the very same people who are now screaming for more schools were those who were condemning these two institutions to be schrott schools that only delivered distance education courses. In these modern times of hi-tech, who sits in a brick and mortar room if one is not working on any of the science courses? Now these very same people want more schools. Which schools are they talking about? Don't we already have enough schools in Ghana? Why not maintenance of these schools and improved salary packages for teachers, for e.g.?

Some also claimed they should use the money to create jobs. Excuse me, but why have most Ghanaians turned out to be parrots and road side apostles, who only repeat some buzz words from those CNN, IMF and World Bank chaps called development experts?

According to Tarzan (Wireko Brobbey), some of the money will be used to purchase cars for dignitaries, which in my opinion, is total nonsense, as those cars could be rented, but then, who am I to advice Tarzan. All the same, let's just hold on. Assuming we have 50 dignitaries in the country, and two cars are assigned to each dignitary, that implies 100 cars. 100 cars demands 200 drivers, as there should be stand by drivers just in case one driver falls sick, or whatever. In this case, aren't jobs being created for at least 200 young men as drivers alone?

What about the service sector and all those so called tourist areas? Wouldn't jobs be created there? So which job creation, are some people lamenting about? Plastic Surgeons or astronauts? And do we need them when the aim of the event is to party?

Some mentioned hungry people to be fed. Without trying to be sarcastic on such an emotional issue, such complaints are what I call unnecessary complaints. The accusation for years has been that, people are hungry in Ghana. Now the government wants to throw parties for a full year for all those hungry to get enough food to eat, and the same people are complaining again, that the food will be too much. So what should the government and the hungry ones do? If you don't appreciate a full year of eating and drinking and merry making, what else do you want? Haba! Waaye dwee aiy!

This is where I come to my initial question again: Why can't anyone explain why and how $20 million is needed for expenditures for Ghana's 50th Anniversary??

In my view, our politicians see those of us in Diaspora, as frustrated disgruntled ones who can only grumble and those at home as ghosts whom they don't need to talk to, because they wouldn't hear them, anyway, and we also see our politicians as ignorant hungry selfish men who think only about their stomachs and pockets. Due to lack of respect from both sides, we can't dialogue. We talk “TO” (commanding) each other, instead of talking “WITH” (Dialoguing) with each other.

At best, the Ghanaian politician will rule Ghana like his private home. With this attitude in mind from both sides, we are unfortunately getting no where. Miscommunication will be the tool of destruction in Ghana, and we shall lament for lamenting sake.

Not until, we learn how to communicate and try to apply common sense to understand each other, for the development of our dear country, we shall forever retrogress than progress.

All is not that gloomy though. Let us try to use the communication and common sense tools, and perhaps, just perhaps, things might work out.