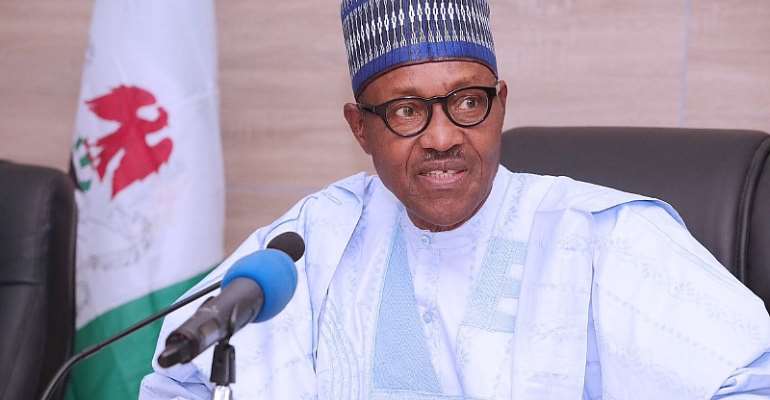 It is still very fresh in the minds of many Nigerians that when the All Progressives Congress Party (APC) came on board the governance of Nigeria in 2015, the party had impressed Nigerian voters with the mantra of change. They promised to change so many things. But most importantly, they promised to change the way the previous government of the People’s Democratic Party (PDP) did things and particularly, how they arrived at decisions.

The first tenure of the APC government has quickly flitted by, and if you ask Nigerians, very many of them would readily tell you they didn’t see any positive change, the sort they had anticipated and voted for.

They had hoped that the APC government would discover what made it impossible for Nigerians to trust each other across tribes and possibly fix it. But that hasn’t happened yet, a year into the second tenure of the APC government.

They had hoped that the APC would ensure a steady flow of electricity, and that every rural community in the country was properly electrified. But that is not the case. Basic infrastructural facilities like electricity and clean drinking water remain scarce commodities far within the reach of the ordinary Nigerian.

They had hoped that the APC government would pay salaries of workers and pensioners as at, and when due, and that they would have abolished the days employers owed workers salary arrears. The condition is said to be even worse now.

They had hoped that security of lives and properties would be more pronounced now that they had a Muslim and an ex-General of the Army as President. But instead the death toll tremendously increased and the service chiefs were unable to cope with the menace of insurgents like Boko Haram and Fulani herdsmen who kept terrorizing innocent Nigerians, killing and maiming them at will.

They had hoped for so many other positive changes, but if you ask them, they will readily tell you they made a mistake voting APC. For the first time in the recent history of the country, the National Assembly asked the President to sack all the service chiefs. The situation was as bad as that.

Even recently, the media say the President has been dragged to court by an NGO called SERAP in Abuja to explain what he did with the huge sum of billions of naira that was recovered from looters. The fight against corruption was beginning to take another shape and dimension after the former boss of the Economic and Financial Crimes Commission, EFCC, was arraigned before the court for alleged corruption.

Indeed, a year into the second tenure of President Buhari’s government, a few changes have actually taken place. But whether those changes affected the people of Nigeria positively or not is difficult to know. Some say, the APC government is doing its best and that Nigerians are generally happier now than in the days of former President Jonathan. Others say the APC should quickly round up their government and get away – and that they were no better than the People’s Democratic Party (PDP) from whom they took over the mantle of leadership at a time people had got fed up with their style of governance.

But it is my contention that even if APC does not change anything Nigerians can tenaciously cling on to in the future, and thank the party for the change, they can change the name of the country to something African, and that alone would mean so much to a people who for so long have felt like aliens in their own continent. In Ghana recently, 700 Nigerians were deported because they were considered as criminals. Why didn’t Ghana deport people from other African countries?

Nigeria is not an African name and therefore, people who bear the name would not be expected to behave like African brothers or even feel at home in Africa. Look at what happened a few months ago in South Africa. All those events had their own stories to tell.

Nigeria was a name given to the people of that part of Saharan Africa by the girl friend (and later wife) of Lord Fredrick Luggard, then Governor-General of the Northern and Southern Protectorates. She suggested the name Nigeria, derived from River Niger in an article that was published in The Times four years after she became the colonial editor of the newspaper, the highest paid woman-journalist of her day. Writing in The Times in 1897 she coined the name 'Nigeria' for the territories administered by the Royal Niger Company.

Even at that, the name “Niger”, from which she coined Nigeria was said to have been given the river by Greeks. So, there was nothing original and nothing African about the name Nigeria. It was all an imposition by the colonial powers. And it has continued to take its toll in the psychology of the people.

Why then have the political leaders of Nigeria, from the days of Dr. Nnamdi Azikiwe, Chief Obafemi Awolowo, Chief Festus Okotie-Eboh, Alhaji Tafawa Balewa, Alhaji Ahmadu Bello and the rest of them in the First Republic until now, not found it expedient to change this foreign name to an African name that is indigenous to the people of Nigeria?

I have heard people ask “what is in a name?” And I have always wondered at such people. There is no doubt that names are very important in the identification of persons and places. You identify a man or woman by name. You identify a place – a building, a city, a country – also by name. And if there were no names, there would be a lot of confusion and people would not be able to express themselves, their locations or their desires appropriately.

It is not known empirically how a name could affect someone’s behaviour or decision-making process. But it is obvious that people expect someone to behave his name. When a man is mature, he may decide to change the name his parents initially gave him if he felt that the name was retarding his vision and his progress, or if he felt that the name was too local to fit into the modern trend to which he belonged. So, he changes his original name from Chukwuma to Chuma because it is easier to remember. He changes from Oluwasami to Sammy because that won’t take time to recollect. He changes his name from Muhammadu to Mo because that is trendy. It is in our human nature to adopt change.

The same thing applies to countries. Most African countries saw it coming, even before their independence, and prepared for it. They prepared to take on an indigenous name in the belief that even the worst type of self rule is more acceptable to the people than the best type of foreign domination. Even as we speak, Nigerians are still understudying how their relationship with China will affect their welfare both in the short run and in the long run. A former French colony, Upper Volta gained independence in 1960 and twenty four years later, changed its name to Burkina Faso. The name Burkina Faso, which means “Land of Incorruptible People,” was adopted in 1984.

Abyssinia rose to international attention as a result of Italy's illegal war in that country from 1935 to 1937. After regaining its independence and helping to found the United Nations in 1945, the country officially changed its name to Ethiopia and the name Abyssinia died a natural death.

Southern Rhodesia was so called from 1898 to 1964. It was named Rhodesia afterwards, but just before the country was granted independence by Britain in 1980, President Mugabe changed the name to Zimbabwe.

Ghana was originally called Gold Coast by Britain because of the large quantity of gold the country had. But at independence on 6 March 1957, they changed their country’s name to Ghana.

Bechuanaland was a protectorate established on 31 March 1885 by the United Kingdom in Southern Africa. It changed its name to the Republic of Botswana on 30 September 1966. All these were moves aimed at identifying their African origin.

Nyasaland was once part of the Maravi Empire. The territory was later ruled by the British and was known first as British Central Africa and later as Nyasaland. It became part of the Federation of Rhodesia and Nyasaland. Hastings Kamuzu Banda, Malawi’s first President changed the name Nyasaland to Malawi in 1964.

With the promulgation of the Luluabourg Constitution on 1 August 1964, the Congo became the Democratic Republic of the Congo. But that name was changed to Zaire (the former name for the Congo River) on 27 October 1971 by President Mobutu Sese Seko.

In celebration of Swaziland’s 50th year of independence in 2018, King Mswati III changed the name of the country to eSwatini. Africa's last absolute monarch marked his country's 50th birthday with a rather unconventional gift: a change of the country’s name.

Mali changed from French Soudan to Mali when it became independent in 1960.

Moçambique was named by the Portuguese. But after the Island became independent in 1975, the name was changed to Mozambique.

Portuguese West Africa changed its name to Angola at independence in 1975.

The Spanish colonies of Rio Muni and Fernando Po united to become what is today Equatorial Guinea at that country’s independence in 1968.

Upon making its break with South Africa permanent in 1990, South-West Africa changed its name to Namibia.

Northern Rhodesia changed its name to Zambia in 1964, the year the country became independent. Again, all this was to identify their countries with Africa. It was just like President Kwame Nkrumah of Ghana had envisioned that the independence of Ghana would be meaningless unless all Africa was extricated from the hegemony of foreign domination.

The Kingdom of Lesotho was known as the protectorate of Basutoland until it gained independence in 1966. After independence, it changed its name to Lesotho.

Portuguese Guinea changed its name to Guinea Bissau at independence in 1974.

The Republic of Guinea was known by the name French Guinea until its independence in 1958.

British Somaliland re-united with the Italian colony to form a United Republic of Somalia in 1960.

Djibouti was known as the French Territory of Afar and Issas from the late 1960s to 1977 when it gained independence and changed its name.

Ruanda-Urundi, once jointly ruled as a single mandate under Belgium, broke up into two separate States in 1962. Ruanda became Rwanda and Urundi went on to become Burundi.

After its 1964 union with the islands of Zanzibar and Pemba, Tanganyika changed its name to Tanzania.

I am appealing to the authorities in APC to consider this very sensitive issue. It is time to consider keeping aside the dress Britain made for Nigerians and go for an indigenous Made-In-Nigeria or Made-In-Africa dress that will tell the Nigerian story the way Nigerians want the world to see them – as authentically African. If Nigeria truly has independence and self rule, the change of name must become imperative. Nigerians are first and foremost, Africans and so shall remain. The people of Nigeria deserve an indigenous name, like Songhai Republic, the Republic of Malinke, the Republic of Joliba or Nok Republic – ancient African civilizations that must not be swept under the carpet for any reason whatsoever.

APC must consider this change as a positive account to the people if tomorrow they ask: where was the change you promised us? At least there will be something to point to, something important to point to because, as a matter of fact, Nigerians desperately need this change.