Papaye Inaugurates Board Of Directors For It’s Ultramodern Recreational Village 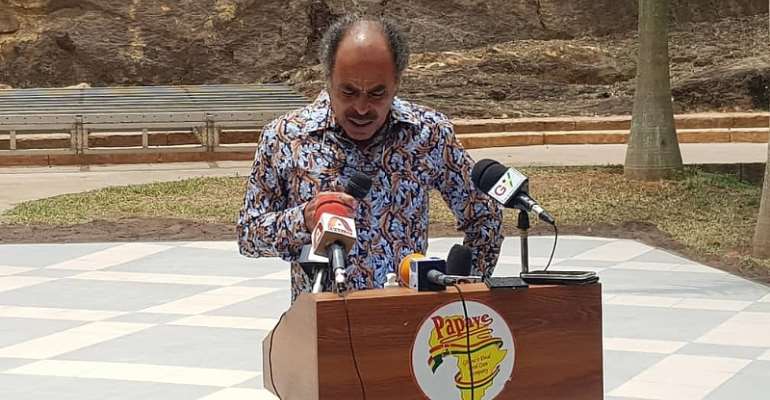 The Management of the number one food joint in the Greater Accra Region, Papaye Fast Food Company Limited has inaugurated the Board of Directors of its ultramodern recreational village at Konkonuru at Aburi in the Eastern Region.

The edifice comprises of state of the art facilities such as playing ground, zoo, restrooms, pools, landscaping, outdoor auditorium, castle-like fence and gates, trees within their natural habitat, parking space, green serene environment, museum among others.

Speaking at the inauguration ceremony, the Executive Chairman of Papaye Fast Foods Company Limited, Mr Samir Kalmoni said the facility is one of the ecotourism hubs that the company have constructed to enhance the tourism industry in the country and pointed out that the site and the environment will attract tourists in and around the world due to its natural beautification.

According to him, the company have plans of rolling out other projects to support the socio-economic development of the country and was quick to add that the private sector is the engine of growth of every country around the world.

In an address, the Managing Director of Papye Fast Food Company Limited, Mr Divine Kwadwo Asiedu said the facility is the finest tourism hub with an eco-friendly touch to suit visitors and tourists and in their bid to have a fill of realization in a serene environment.

The Managing Director describes the recreational village as the country’s newest tourism site with cutting edge facilities to match other tourism destination around the world saying it will create job for the youth in the community and the country at large.

“I thank all the supporters of the facility especially the Ghana Tourism Authority for their immense support towards the establishment of the tourism site which constitutes one of the flagship projects of Papaye”, he said.

For his part, the Chairman for the Occasion, Mr Frederick Adjei Rudolf urged board members to come up with innovative ideas and policies to enhance and sustain the facility in connection to global best practices and further added that the setting up of the board is a step in the right direction.

The Municipal Chief Executive (MCE) for Akuapim South, Mr Frank Adu said the tourism site will be of great value to the community and will create jobs for the unemployed and congratulated the board members as well as charged them to bring to the table their knowledge and skills to add value to the facility.

The Eastern Regional Minister in a speech read on his behalf by Madam Juliet Asabea Obeng said government have put in place comprehensive measures to boost the tourism sector and commended Papaye for the project which is private sector driven.

He advises management and staff to observe the COVID-19 protocols in all their working endeavours saying it is part of the effort to fight the pandemic.

The Paramount Chief of Aburi Traditional Area, Nana Otubuor Gyan Kwasi II said the recreational facility will receive the cooperation of the Chiefs and people of Aburi and thank Papaye for the set up of the recreational village in the community.