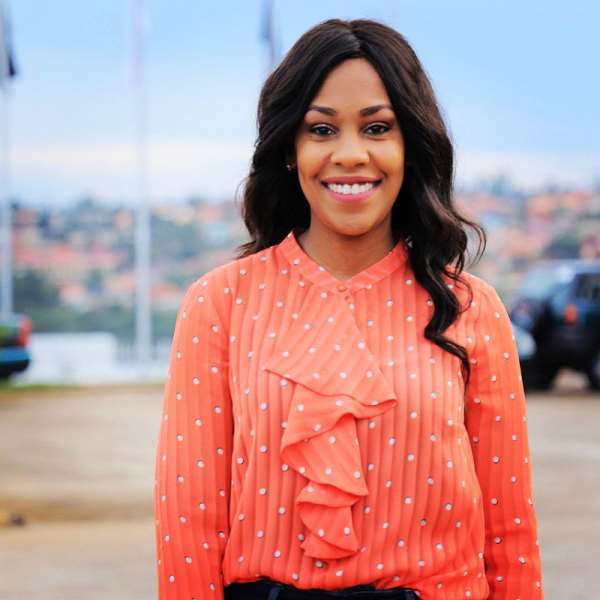 She is the sixth winner of the award, following in the footsteps of Solomon Serwanjja, Waihiga Mwaura, Amina Yuguda, Didi Akinyelure and Nancy Kacungira. Victoria is the fourth East African, and second Kenyan, to win the award.

Victoria is a features reporter and news anchor with Citizen TV in Kenya where she hosts the channel’s prime-time news. A well-rounded, multifaceted journalist in East Africa, she has interviewed some of the leading names in politics and current affairs, including UN Deputy Secretary-General, Amina Mohamed and former Liberian President, Ellen Johnson Sirleaf.

Victoria will begin her three-month placement at the BBC by attending a training course with the BBC Academy before joining BBC News teams - across TV, radio, and online – which will provide her with the opportunity to gain skills and experience across BBC News platforms.

Following the training and placements in Nairobi, Victoria will work alongside a top BBC producer, to report on a story for a global audience. The story will then be broadcast on BBC platforms, which reaches audiences of 426 million across the world each week.

Victoria said, “Komla was a well-rounded journalist whose style, though authoritative, was also compassionate, empathetic and uplifting. His ability to give the facts comprehensively, and yet still be attuned to his audience, was something I admired and a skill I seek to emulate. The media industry in Africa is growing, with a plethora of content providers and changing consumption trends, and the complexities of reaching audiences in a meaningful way has also evolved. I am excited at the prospect of learning new skills at the BBC to be able to connect with audiences locally, regionally and internationally, no matter on which platform the story is being told.”

Victoria impressed judges with her eloquence and passion for telling African stories on both traditional media platforms and social media. Her passion for connecting with audiences on a myriad of platforms had led to over half a million followers on her social media accounts, and she continues to pursue this engagement on social media. Through her storytelling, Victoria has brought people’s extraordinary experiences to life, a key journalistic trait that resonates with the BBC’s global audiences.

Jamie Angus, Director of BBC World Service Group, said, “We’re delighted to have Victoria on board to bring her insights and passion to the BBC. There’s never been a more significant time for our global audiences to hear grassroots stories from Africa, and it’s really important that we tell these stories with integrity and authenticity. Komla had the incredible ability to give stories from the continent global resonance, and also deliver it with familiarity and understanding. We’re looking forward to seeing Victoria embody that by bringing her perspectives to life.”

The award was set up in honour of presenter Komla Dumor, who died in January 2014, and aims to continue Komla’s legacy by celebrating African journalism and finding exceptional talent. The judging panel included Sam Taylor, Head of Live and Breaking News at the BBC; Miriam Quansah, Assistant Digital Editor at BBC Africa; and award-winning Nigerian journalist, Idris Akinbajo of the Premium Times.

Victoria will be interviewed on Focus on Africa on Tuesday 1st September at 1730 GMT, BBC World News (DStv 400).

Ken Agyapong is only brave on NET2 TV but actually a coward ...
31 minutes ago