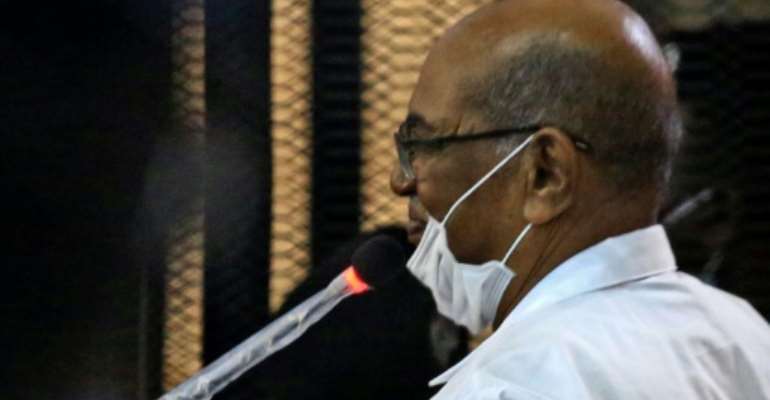 Sudan's trial of ousted president Omar al-Bashir over the 1989 coup that brought him to power was adjourned Tuesday to September 15, the presiding judge said.

The session, which was broadcast on Sudan TV, was held amid tight security as Bashir, 76, and other co-accused regime figures stood behind bars in the courtroom.

After procedural questions and debate about coronavirus precautions in the courtroom, the presiding judge declared the hearing was "adjourned to September 15".

Bashir came to power in 1989 on the back of an Islamist-backed coup that toppled the elected government of prime minister Sadiq al-Mahdi.

He stayed in power for 30 years before being overthrown on April 11, 2019 after several months of unprecedented, youth-led street demonstrations amid dire economic hardship.

If convicted, Bashir and others could face the death penalty.

The trial comes as Sudan's joint civilian-military transitional government is pushing a wave of political and social reforms and on Monday agreed a peace deal with most rebel groups.

Sudanese security forces guard the courthouse during the trial of Bashir along with 27 co-accused. By ASHRAF SHAZLY (AFP)

The new authorities in February also agreed that Bashir should stand trial before the International Criminal Court on charges of genocide and crimes against humanity.

Bashir was indicted by the ICC over the Darfur conflict that erupted in 2003 when ethnic minority rebels took up arms, accusing Khartoum of political and economic marginalisation of their region.

The United Nations estimates 300,000 people were killed and 2.5 million displaced in the conflict.