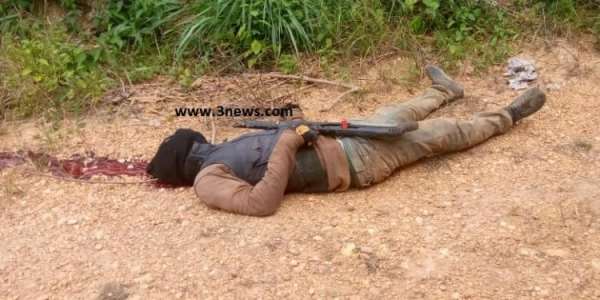 Two armed robbers have been shot dead by police officers from the Asankragwa Division of the Ghana Police Service in the Western Region.

The two were reportedly gunned down Monday afternoon in a shoot-out with the police in their attempt to rob a Chinese national.

Fortunately, the police received a tip-off on the intention of the four young men and quickly rushed to the town.