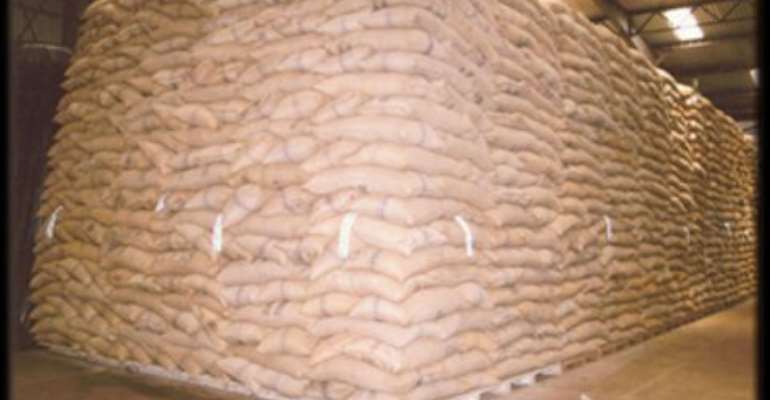 The Ghana Co-operative Marketing Association (GCMA) has asked government to provide them with the cocoa buying licence before the main crop season begins.


The Board Chairman of the GCMA, D. K Adu Osei, said that the co-operative peasant farmers in the association have been contributing immensely towards the socio-economic development of the country before and after independence.

The GCMA has been in the cocoa business since 1928 even before the COCOABOARD was established in 1946.

According to him, the GCMA was buying over 40 percent of the entire cocoa output of the country and during those past years the Association was the only Ghanaian cocoa marketing company competing with expatriate firms like U.A.C, U.T.C, Cadbury Fry and G.B Ollivant.

The Association has over 1,500,000 members and 2000 employees in the cocoa growing areas of the country who have been anxiously praying for the revival of the association, he said.

Mr Adu Osei said that the Association's Strategic Plan covering the 2006-2008 session spelled out their determination to also enter the productive areas by producing maize, cassava, and other food and cash crops to contribute to the Presidential Special Initiative sector.

Some of the regions which participated were the Ashanti, Brong Ahafo, Western Northern, Western South, Central and Eastern region.

A member of the board of the (GCMA) Nana Amu, urged government to provide them with the necessary support and other important instruments to help them develop as well as promoting the welfare of their children in country.

NPP Youth Wing commends Akufo-Addo on nomination of Dorcas A...
45 minutes ago