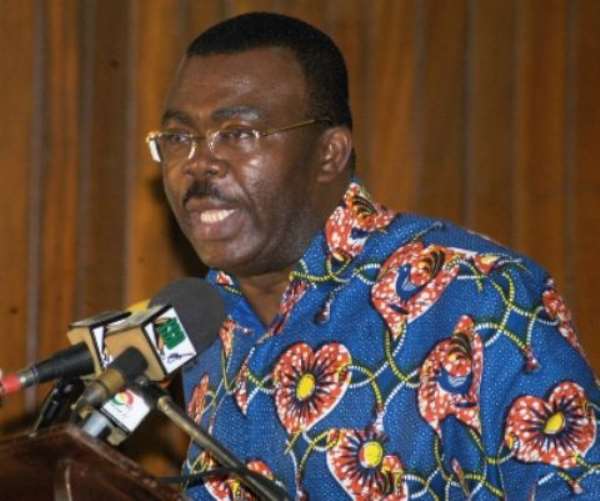 The Director-General of the State Interests and Governance Authority (SIGA), Stephen Asamoah-Boateng says he would terminate the Teshie Desalination Project contract if he had his way.

He believes the system was set up to milk the country.

According to him, it does not make sense that with the abundance of freshwater bodies in the country, the best way to provide potable water was to desalinate seawater.

Speaking on the topic “Making State Enterprises Profitable and Resilient” on GTV, Mr. Asamoah Boateng said had it not been for contractual obligations, he would have terminated it altogether.

“Why would you want to desalinate seawater when you have clean water bodies like the Volta that has been dammed at Akosombo and, you can even supply to Togo if you are serious. It is terrible, if I had my way, I’ll cancel it”, he said.

Further justifying why he thought the deal was a bad one, the SIGA boss said, “The deal was set up in a way to milk the system. Why would you want to change seawater and it’s not like we are in a desert. I can understand Libya or Israel will go in for such a deal but we have a lot of water bodies in Ghana so you cannot develop that?” And to make it worse, the deal was backed by Government Sovereign Guarantee.

Mr Asamoah Boateng went ahead to highlight some other deals undertaken by the previous administration which he said call for termination.

He said such deals bequeath state entities with legacy debts as the government did not consult the management of the institutions before they secured finances to undertake those projects.

“Why would you for instance, contract a loan of $275m to develop Terminal 3 when it could have even built a brand new airport? So you go and contract and commit the state entity without talking to them and then you give them legacy debt, then you tell them to turn things around.

“The policy direction must be correct and this why President Akufo-Addo has said you cannot go and do anything without talking to the central body that oversees the institution's activities.” The SIGA DG questioned whether the Mahama government understood good corporate governance practices?

Meanwhile, the SIGA boss has commended the Chief Executive Officers of the various state-owned businesses for how they have handled their institutions during the COVID-19 pandemic.

According to him, the CEOs have to be applauded for their management of the institutions, such as for cutting down expenditure to ensure that their institutions are being run efficiently in these abnormal times.

“I want to commend the CEOs because they have realized especially in the COVID era that you have to cut down on the wastage to prune down your expenditure.”