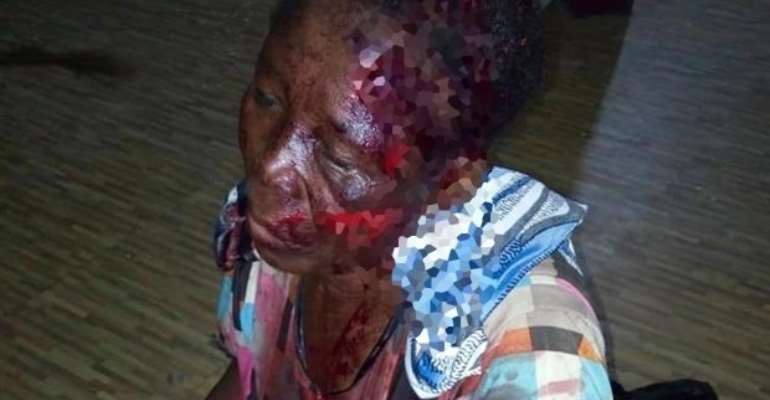 A group known as Sisters Keepers Association (SKA) has condemned the attempted lynching of 60-year-old Meri Ibrahim at Sumpini in the West Gonja Municipality of the Savanna Region.

The old woman sustained gaping machete wounds after she was beaten to a pulp by a mob on Sunday, 30 August 2020.

The victim, according to the police, has been assisted to seek health care while the suspects, five of them, are in custody, awaiting arraignment.

A press statement signed by the SKA’s head of communication, Abena Opokua Ahweneé, on Monday, 31 August 2020, said the group “highly condemns the inhumane treatment meted out to the woman and, therefore, calls on the necessary law enforcement agencies to, as a matter of urgency, investigate the matter and bring the perpetrators of this heinous crime to book.”

The statement added that the association was surprised by the unfortunate event, which follows a similar one that led to the death of a 90-year-old grandmother, Akua Denteh, at Kafaba in East Gonja District of the same region a few weeks ago.

The association also intimated the need for public education on Alzheimer’s Disease or Dementia, human disorders that cause the brain cells to deteriorate especially during old age.

“The association wishes to bring to the notice of the public that Alzheimer’s/Dementia is a condition among the elderly, therefore, the need to have enough knowledge about this disease to inform our relationship with them in these times,” the statement read, adding that: “Sisters Keepers Association would want to assure the general public that we have taken keen interest in this issue and will pursue it till the actors involved are brought to book to serve as deterrent to others.”

The association also called for a collaborative effort “to end the infringement on the rights of elderly women.”