Who's in the running for WTO leadership? 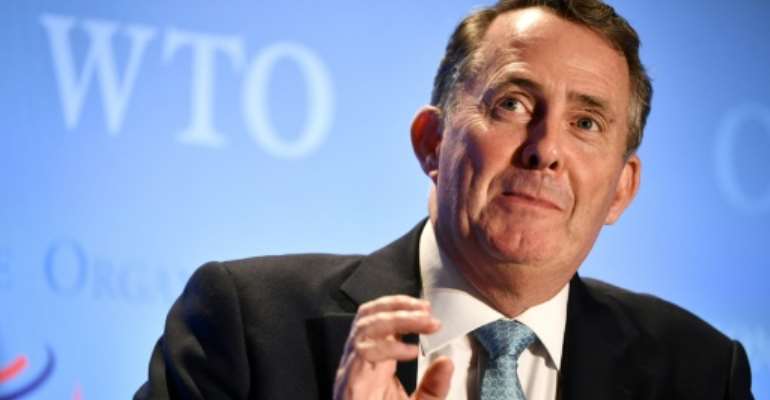 Britain's Liam Fox has promised to appoint owmen to at least hald of the top WTO jobs, if he is chosen. By Fabrice COFFRINI (AFP)

As Roberto Azevedo steps down Monday as head of the World Trade Organization, here are penpics of the eight candidates running to become the next WTO director-general:

Fox was the defence minister during the latter years of Britain's engagement in Afghanistan. The lawmaker is the only elected politician running. He has vowed to appoint women to at least half of the WTO senior leadership.

Also a Swiss national, Mamdouh, 67, pitches himself as an honest broker who wants to diagnose the WTO's problems, and then reform and rebuild the institution.

Kenya's Amina Mohamed: 'We need to break the cycle of despair'. By Fabrice COFFRINI (AFP)

-- The former Kenyan foreign minister, 58, is well-known at the WTO, having already chaired the organisation's most important bodies: the Ministerial Conference, the General Council, the Dispute Settlement Body and the Trade Policy Review Body.

The current sports minister ran for the WTO leadership in 2013 and her vision this time is "reform, recovery, renewal".

-- "We need to break the cycle of despair and enter into a new phase of hope and realism."

-- Her country's first female finance and foreign minister, the 66-year-old had a 25-year career as a development economist at the World Bank, eventually becoming its number two.

She chairs Gavi, the Vaccine Alliance, is on the Twitter board of directors, and is a special envoy for the World Health Organization's Covid-19 fight.

-- A former WTO deputy director-general, Seade, like Mamdouh, reckons an old hand is needed to fix the organisation's problems. At 73, the Mexican-Lebanese dual national is the oldest candidate.

-- "The WTO is like a bicycle that fell over from lack of momentum.

"It has to be fully repaired, which requires a mechanic who... was at the heart of the design."

The former Saudi economy minister, 53, currently advises the kingdom's royal court on economic strategy. He wants to do an "MRI scan" deep assessment of the WTO's problems.

-- "If all wheels do not spin as designed, the tricycle cannot carry the members forward to reach their goal."

-- He served as Moldova's foreign minister from January 2018 to June 2019 but before that he had been his country's ambassador to the UN and the WTO in Geneva.

The youngest candidate at 37, his pitch is based on a "3D vision and approach": direct access to ministers, dialogue with ambassadors and driving efficiency in the WTO.

-- "The time is always right to do what's right. Let's win together!"

-- Yoo, 53, became South Korea's first female trade minister in March last year after a career in trade diplomacy and foreign affairs. In 1995, she headed WTO affairs at the trade ministry and went on to strike free trade agreements with China and the United States.

Her plan is to make the WTO more relevant, resilient, and responsive.

-- "Despite many challenges, I am confident that the WTO will regain the hope and optimism."