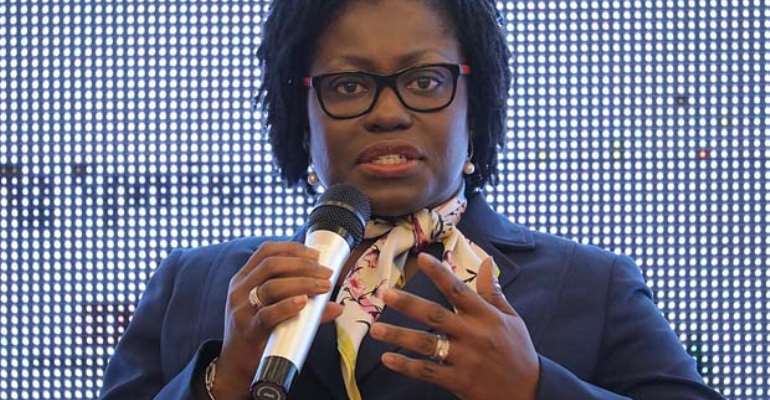 The Deputy Governor of the Bank of Ghana (BoG), Elsie Addo Awadzi, has called on the Ghana Association of Restructuring and Insolvency Advisors (GARIA) to lead a review of the Insolvency Act of 2006 (Act 708), which focuses on personal insolvency.

This is to help aligned it with Act 1015 to provide options for restructuring for individuals and household debtors, particularly those that rely on consumer loan products of banks and SDIs.

Ms Awadzi, who was delivering a speech recently in Accra at a webinar on the Corporate Insolvency and Restructuring Act, 2020 (Act 1015), said this would ensure that there was a comprehensive and modern insolvency ecosystem made up of personal and corporate insolvency regimes, supported by bespoke special resolution regimes for financial institutions such as that established by Act 930.

According to her, the BoG remained committed to promoting economic growth and the efficient operation of the banking and credit system in Ghana and supported the development of an efficient corporate insolvency regime and the work that GARIA continued to champion.

“I am hopeful that with the help of all stakeholders, Act 1015 will be implemented successfully to the benefit of our economy,” she noted.

She indicated that “shareholders and boards of banks and other deposit-taking institutions are expected to act quickly to address early signs of distress to mitigate the risk of failure which has ramifications not only for depositors but also for the stability of the entire financial system and the economy as a whole.”

Ms. Awadzi added that BoG's latest financial soundness indicators showed that while assets held by the banking sector in August 2017 when the reforms started stood at GH¢89.1 billion for a sector that had 36 banks, the total assets of the industry that now had 23 banks had increased significantly to GH¢138 billion at the end of the second quarter of 2020, with significant improvements in asset quality.

“It was noteworthy that some of the now-defunct institutions had been diagnosed as far back as in 2015 to be significantly undercapitalized under the BoG's Asset Quality Review of the banking sector, but not enough was done on time with the supervisory powers that were available to avert their inevitable demise.

“This demonstrates the fact that restructuring options are only helpful when activated while there is still time, otherwise the slope to insolvency gets rather slippery and quickly too, leaving liquidation as the only option,” she advised.

On Act 1015, she noted, “We see it as an important addition to the framework for building a more buoyant economy, supported by a more efficient credit market. The recent banking sector cleanup has provided impetus for a more robust credit environment, as banks are now better capitalized and more liquid than before.

“Access to credit, however, remains a challenge to many economic actors due in part to legacy non-performing loans on the books of banks and SDIs, given the challenges they continue to face in their loan recovery efforts.”