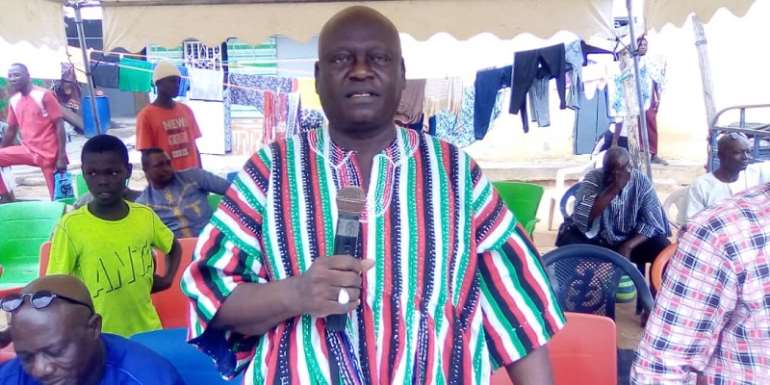 The Member of Parliament for Ejura-Sekyedumase who’s also NDC Parliamentary candidate for the December 7 election Hon. Bawa Braimah has vowed to protect the seat by any means possible from being snatched by the ruling New Patriotic Party(NPP).

According to him, NDC Ejura-Sekyedumase constituency has also put in place a strategy and is poised to increase the party’s presidential vote to an appreciable figure.

“We are assuring our Presidential candidate Ex-President John Mahama that we are ready to increase the votes he got in the last election and we are ready to protect the Ejura-Sekyedumase seat. That is a solemn pledge and we’ll honour this pledge come December 7 general elections,” Hon. Bawa Braimah stated during the inauguration of the NDC Ejura-Sekyedumase Constituency Campaign Team by Deputy Regional Secretary of NDC Mathew Kwadwo Njourkoni.

Hon. Bawa Braimah noted that even before the campaign team was inaugurated, hardworking NDC members had already started feverish campaigning adding that the party is not leaving anything to chance.

He commended the hardworking NDC youth and party agents for standing up to the task and stopping the ruling NPP from operationalizing its plan to prevent people from registering in the just ended voters registration exercise.

The opposition NDC party currently occupies only three out of the forty-seven seats in the Ashanti Region known to be the stronghold of the ruling New Patriotic Party(NPP).

The three seats are Ejura-Sekyedumase, Asawase, and Sekyere Afram Plains.