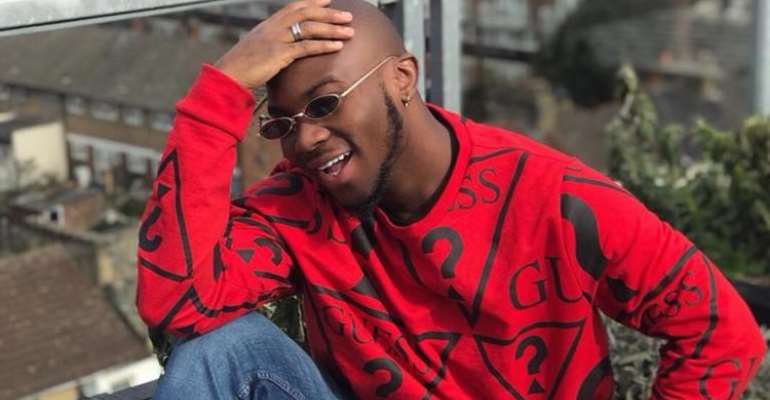 Journalists behave like a ghost; always lurking around to ferret out sensational stories for their target audience. It is exhilarating sometimes to depart from political commentary and focus on soul-ridden topics like music. "And I will do whatever you ask in my name, so that the Father may be glorified in the Son” (John 14:13). Born as Gregory Bortey Newman, King Promise demonstrated his unflinching faith in God’s omnipresence with his December 2018 hit song, CCTV featuring Mugeez and Sarkodie. At the time that racial tension and protests are dancing alluringly under the shadow of the American puritan egalitarian ideal [all men are created equal and have inalienable rights], King Promise CCTV is still hitting global airwaves. I went to Walmart North in Rochester, Minnesota, for grocery shopping on Saturday, August 29, 2020, and CCTV song was blazing. I am not a fantastic dancer, even so, I did attempt some few dancing moves because my joy knew no bounds for hearing a Ghanaian Music in a big Mall like Walmart. CCTV afro-beat song is a soul [Psyche] friendly.

In Greek mythology, Psyche was a mortal woman who was strikingly pretty that goddess of love; Aphrodite became increasingly jealous of her beauty. Aphrodite became so envious of Psyche that she sent her son, Eros, to make Psyche fall in love with the ugliest man in the world [I hope this was not Socrates]. However, fate betrayed Eros as he accidentally pricked himself with the tip of his arrow and became infatuated with Psyche himself. The two lovebirds swore an oath for Eros to remain unseen to her. Eros took Psyche to his palace and showered her with gifts, yet she could never see his face. One day, and while visiting Psyche, her sisters became suspicious in Psyche about her mysterious lover, and as a corollary, Psyche betrayed Eros’ wishes to remain unseen to her.

Due to this betrayal, Eros, abandoned Psyche. When Psyche appealed to Aphrodite to reunite her with Eros, Aphrodite gave her a series of impossible tasks to complete. Psyche managed to satisfy all of these trials, and her perseverance paid off, as she was reunited with her lover. Psyche was transformed into a goddess herself. Psyche came to represent a human soul's triumph over the misfortunes of life in the pursuit of true happiness. The Greek word Psyche means soul, and it is often represented as a butterfly. Life is a thoroughfare of uncertainties and an inspirational song like CCTV rekindle human souls and our beliefs in God in the midst of the global pandemic.

Born into the family of Francis Newman, a businessman, and Angela Quaye, a trader, the 27-year-old King Promise was a product of Nungua Senior High School located in the Capital of Ghana. He opined that God is his [King Promise] Closed-circuit television camera and that God who neither sleep nor slumber is always watching over his life. Indeed the power of the tongue cannot be underestimated. King Promise is endowed with providence's benefaction to rise from obscurity to musical and social prominence. Reeling under the pavilion of God in this challenging moment, may God continue to be your CCTV camera and watch over your soul! By the power of the tongue, I shall not die, but live, and declare the works of the LORD [Psalm 118:17]. Like Psyche in the afore-narrated Greek mythology, may King Promise become the god of Afro-beat music in Africa. King Promise, one day feature Sister Afia for me wai!