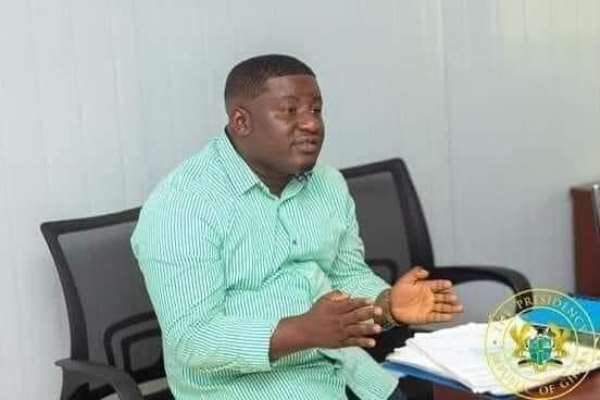 President of the Concerned Small Scale Miners Association, Michael Kwadwo Peprah, who was arrested by the Cyber Crime Unit of the Ghana Police Service, has been granted bail.

Mr. Peprah was arrested on Saturday, August 29, 2020, in Kumasi for allegedly causing fear and panic with a Facebook post.

He was subsequently transported to Accra.

Mr. Peprah’s lawyer, Bobby Benson said after his client’s release that they have been told the complainant is the Minister for Environment, Science and Technology, Prof. Frimpong Boateng.

“Mr. Michael Kojo Preprah has been granted bail. The Police that effected the arrested from Kumasi came later to the Nima Police Station and he was asked to write his statement and before that, they must tell you the offence they are investigating. They said they are investigating the offence of publishing false information, and the complainant, we are told, is the Minister for Environment.”

“So he has been granted bail and we are to report tomorrow to continue.”

After his Mr Peprah’s arrest, some members of the National Democratic Congress (NDC) thronged the Nima Police Station in Accra to demand his release.

The National Communications Officer of the NDC, Sammy Gyamfi described his arrest as intimidation by the Akufo-Addo led government in a Citi News interview.

“This morning we got information that the president of Concerned Small Scale Miners Association of Ghana has been arrested by officers belonging to the Cybercrime Unit of the Ghana Police Service in the Ashanti Region. We understand that he was detained at the Ashanti Regional Office and this morning transported to the Nima Police Station. We've spoken to him and he tells us that he was arrested yesterday at 3 pm in Kumasi and was not told the reason for his arrest. His phones were seized and taken to his house and a search was conducted.”

“We have gathered information that he was arrested over a post he made on his Facebook wall ahead of the Association's planned press conference to compare the NPP's manifesto and that of the NDC on the issue of small scale mining. Our sources at the Cyber Crime Unit tell us this arrest was on the orders of the Minister of Environment, Prof Frimpong Boateng who is not happy at how the association of small scale miners led by Mr. Preprah has exposed the criminal galamsey he has been supervising and we see this as clear intimidation by the Akufo-Addo administration,” Sammy Gyamfi added.