French national’s nude photoshoot lands her in trouble in India 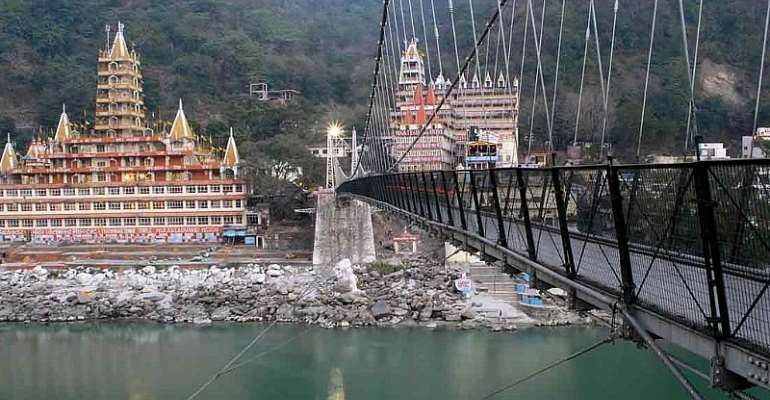 A French tourist arrested for shooting in the nude in a holy Indian city will face charges and could be imprisoned if found guilty.

A 27-year-old French tourist who has been staying in the northern Indian city of Rishikesh since March was arrested before being released on bail for taking a video of herself naked on a footbridge on Thursday.

Police told RFI that a local ward councilor, Gajendra Sajwan had complained that the woman posed nude on an iconic bridge called 'Lakshman Jhula' that is revered by Hindu pilgrims.

“When we questioned her, she admitted and said the intention of her photo and video shoot was only to promote her bead-necklace venture,” R K Saklani, the local police inspector told RFI.

“We also found during the probe that photos and videos were disseminated on her social media platforms including Instagram.”

The police said the tourist had visited India in the past and this time around was staying in Rishikesh, unable to return home.

The French national was booked under relevant sections of the Information Technology Act which pertains to transmitting obscene material that is lascivious in nature, and Section 294, which pertains to obscene acts and songs, of the Indian Penal Code.

Since she claimed that she was unaware that nudity is illegal in India and also that her bonafides was vouchsafed, bail was granted. Her social media profile suggested she had been in Rishikesh for her business and to practice yoga.

Lakshman Jhula is an iron suspension bridge over the holy river Ganga in the holy northern city of Rishikesh. This famous landmark connects two districts and also offers a panoramic view of the river which is dotted with a number of temples.

According to Hindu mythology, it is believed that Lord Ram and his brother Lakshman crossed the Ganga River at the place, where the bridge now stands.

“If she had been there for such a long time she should have been aware of the sensitivities of the place and how pilgrims come to this spot regularly,” Chloe Bernard, a French tourist from the southern city of Pondicherry told RFI.

“Rishikesh does attract a lot of foreigners and many have made it their home. I just hope this is an isolated incident and nothing comes of it,” Arnaud Davis, another tourist told RFI.

A large number of French nationals reside in the southern coastal state of Pondicherry, a former colony.

Rishikesh is a city in India's northern state of Uttarakhand, in the Himalayan foothills, and is renowned as a center for studying yoga and meditation. It is known worldwide as the location of the ashram where The Beatles stayed in 1968 while writing the White Album.

Officials told RFI that foreign embassies and missions issue a series of dos' and don'ts to tourists visiting India.

“The travel advisory contains what foreign nationals need to follow when it comes to security, health and local laws and some areas are clearly flagged,” a foreign ministry official told RFI.

During the nationwide lockdown because of the coronavirus, 10 foreigners from Rishikesh were subjected to an unusual punishment in April for flouting rules.

The travelers - from Israel, Mexico, Australia and Austria - were caught by the police for taking a walk and were forced to repent by writing "I am so sorry" -- 500 times.

In 2016, a Norwegian woman took a dip in a temple lake in Pushkar in the northern state of Rajasthan, which is also a favored destination among foreign tourists.

With global travel strictly on hold and most wish-list destinations reeling under the pandemic, tourism is one of the most affected industries. International air travel remains suspended and inbound tourism is likely to be at a standstill for months.