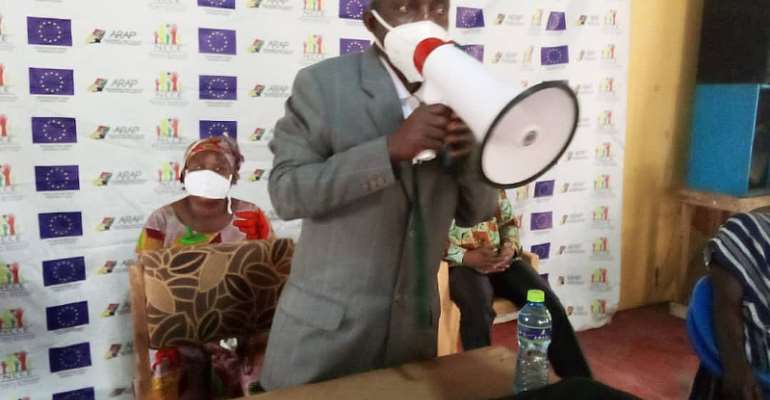 The Tain District Office of the National Commission for Civic Education (NCCE) has organized Social Auditing engagement at Yabraso, a community in the district to promote transparency and accountability.

The forum which marks the second phase of the social auditing engagements sought to promote community ownership and engagement of developmental projects as well as increasing awareness of the operations of local government and to empower the citizenry to demand accountability from duty bearers.

The event formed part of the Accountability, Rule of Law, and Ant-Corruption Programme (ARAP) of the Commission to promote good governance, reduce corruption and improve on accountability.

The District Director of the Commission, Mr. Jacob Dorzie in his address said social auditing affords persons outside government operations the opportunity to influence policymaking, implementation and evaluation.

According to him, social auditing engagement is a wakeup call on citizens to eschew all forms of selfishness and become more patriotic and development-oriented citizens in their communities.

He added that, in order to will the full power and right to hold duty bearers accountable for their stewardship, we as citizens must live up to our legal responsibilities by paying our taxes, participating in communal labor, and protecting our environment.

The Deputy Bono Regional Director of the Commission, Mr. Peter Kwabena Gyasi advised the participants to see development projects and policies as their own but not for government because it's been executed by the government.

He appealed to the community members to always monitor the implementation of community projects and programmes being executed in their community either by the government or a non-governmental organization because it’s for the community.

A five-member committee led by Wuda, Zachariah Yakubu, Assemblyman for the Yabraso electoral was inaugurated during the engagement to do follow-ups on the implementation of projects especially the construction of a CHPS compound for the community.