Female Celebrities And Nudity: An Art Or An Absurdity 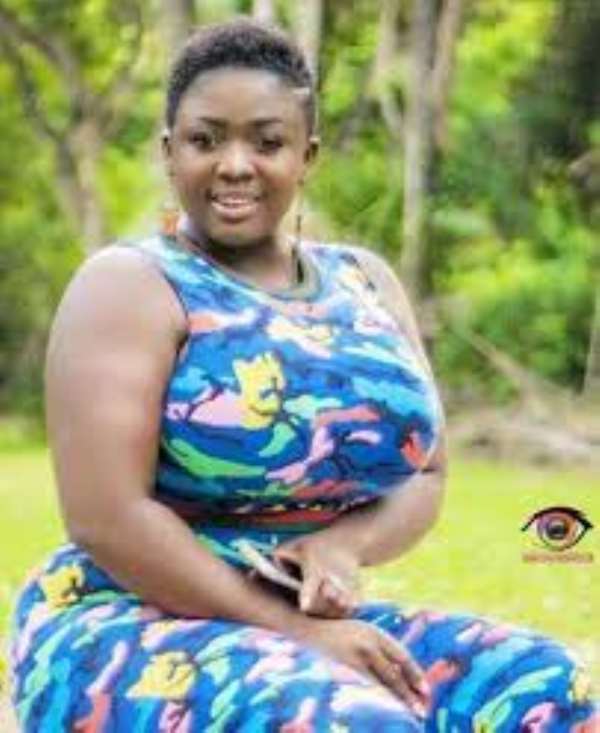 An old assertion holds that “Man is only but a reflection of society”. This assertion makes society the cause of all good and bad acts of men and women, but mostly the bad. It is true that water takes the shape of a container, but if the water is dirty, can the container make it any purer? Man takes the shape of society but character is indeed self-made. This is a debate that dominates the mind of the critical. Indeed, man makes society.

Over the decade, the media space has been dominated by lots of contents, mostly with the aim of entertaining the audience. The entertainment role of the media deserves a grade “A” but the content of those productions needs to be looked at with great circumspection. An observation and a comparative analysis between our male celebrities and female celebrities in Ghana and around the world has shown that the element of nudity and the projections of obscene techniques have now more than ever been dominant and pervasive in all forms in the name of entertainment.

In the Ghanaian context, both male and female celebrities are guilty of a growing crime of obscenity in the entertainment industry. However, female celebrities dominate in all aspects of the nudity-graph in Ghana, but who is to blame? Is it society, strategy, style, or sheer stupidity? Without being much judgmental let’s figure it out together.

The act of nudity in the Ghanaian entertainment industry is not novel. From the days of “I can’t recall”, women displayed parts of their body in the projection of culture. Due to the quarter piece cloth wrapped around the breast and buttocks of the woman, the thighs, legs, chest, cleavages, and stomach were never skipped by the “Pleasure-seeking-audience” when women danced to the cultural tunes in the durbar grounds, while the beads around their waist made sounds in line with the rhythm of the drum.

For the men, a piece of cloth around their waist was just ok. The broad chest was opened for gazing. Customarily in Ghana, the male body has never been treated as sacred, as seen of the women. While the display of body parts by both the men and women was the case, it was a projection of culture, the fashion of the time, and thus was socially acceptable.

With the advent of modernity and abundance of cloth and higher fashion sense, what could be said of the current fashion used in today's music video clips? Absurd? In today’s entertainment industry, wearing of underwear, pants, braziers called “silicon”, bikini's, and the likes have become a replacement of the old-sense of fashion maintained by our “uneducated folks”. As we learnt from the Akan adage which says “S3 emere dane aa dane woho bi” which literally means, “As the time changes, change as well”, we never learnt that we ought to change for the worse. Obviously, that is the outcome of something that has never been the status quo in the Ghanaian society.

However, society cannot be left out of the blame game. Society could not protect itself and allowed for its infiltration by other foreign cultures. Am I right? Maybe YES because Man makes the society, and man continually fails society due to man’s senseless rapine of socially tasteless civility.

So, we continue to adopt the "Minajic" and "Gagaism" customs into our entertainment industry and that has led to our new way of life: nudity on the streets, promiscuity, rape, sodomy, and general degeneration of the minds which is contrary to our cultural sense of dignity, integrity, discipline, and love. Maybe we prefer the former to the latter, but if the latter was never an option it could never have been a choice.

Maybe, female nudity, especially, is only a market strategy to sell products and to set an agenda. With the concept of “people always gravitate towards things that meet their inherent desire” (Uses and gratification theory), it could be agreed that nudity is the preserve of some. The entertainment industry is a market avenue where artists trade their talent.

To the enthusiasm of the unsuspecting and naïve audience, artiste managers capitalize on the preserve of the audience to serve them with what they want and as a bait, the audience always goes for it. So, the female entertainment industry, especially, has seized from the battle of who has the best contents, as it were, to who can expose her body in the most appealing ways to entice the audience. And worse off, the highest form of nudity is the stupidity attached to it when some female celebrities post totally naked pictures on social media in the guise of celebrating birthdays for their sons.

Let’s just say that nudity or obscenity in the entertainment industry is an issue of style. Clearly, style has everything to do with literary works, including musical lyrics and their related elements. The style adopted in hip-life music, hip-hop, and hi-life differs from gospel music due to the content and the audience. However, to the dismay of some music lovers, it is sometimes difficult to differentiate the music videos of one genre of music from the other, especially the hip-life and hip-hop from the gospel music video. This is because the value is the same.

The apparels worn by some of these female gospel musicians in their music videos look the same as their seemingly opposite genre. Same fashion sense such as the short skirt, sleeveless tops, “no bra” “show-your-back”, “apuskeleke”, used by the strippers for the hip-hop music in some foreign countries could be seen in some of the Ghanaian gospel music videos worn by the female artist and her dancers who are seen twerking behind the artist. Does any particular gospel music video ring a bell? If yes, you’re welcome to the club of the 1%. If No was your answer, Maybe, you should pay a more critical look at some of these gospel music videos.

Pay attention to the style of dressing of some of these female gospel musicians and that of the “others” during a major music award event like the VGMA and you will be wowed. There is no change in value, the value is the same for both gospel artiste and the "others".

The sole aim of this piece is to raise the awareness of music lovers that music is not what is always fed to us as we expect, but an agenda that is set by a few money seeking agents. While everyone has the right to work and make money, must we always allow the works of others to constantly corrupt the moral fabric of society? When are we looking forward to stopping to pretend that we do not know the loopholes to the rapid degeneration of our society today and when and how to fix it?

In this article, case has been made that the act of nudity in the entertainment industry is less of an art of creativity but more of an act of absurdity to make money and fame. And on the issue of who is to blame, society could receive its fair share of the blame because entertainment contents mirror the society.

Nudity in the entertainment industry could also be seen as a strategy to trade inferior music to the public because good music sells itself and not merely its enticements. Again, it is an issue of style because the artists and their managers only seek to set an agenda and to make a name. Lastly, it’s an issue of sheer stupidity because we cannot seek to destroy the moral fabric of society with the display of nudes just because we want to make money and fame.

For these reasons, the time to act is now, implementing laws for the censorship of morally degenerative entertainment contents will go a long way to keep society safe.

Police beef-up security at traffic intersections over daylig...
32 minutes ago