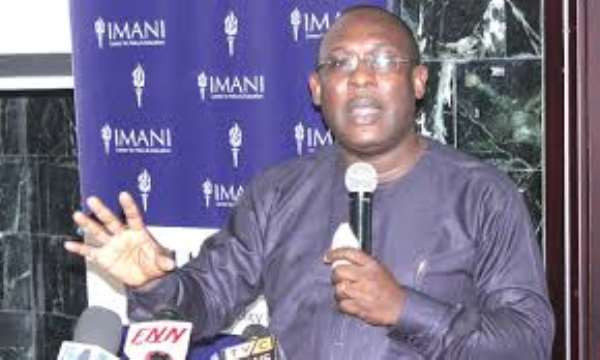 Kofi Bentil stated noted that after careful analysis of the Agyapa Royalties deal, he realised that the deal does not inure to the benefit of Ghanaians.

"...But after analyzing the Agyapa deal, I can say it's terrible and corrupt." part of his Facebook post.

The former Ashesi University lecturer also added that he is in support of any work that will see Ghana's resources revenues yield greater returns.

"I'm in favour of engineering our resource revenues for greater returns as a nation..." he says.

The Agyapa Royalties deal has been criticized by many, including Civil Society Organizations who believe the deal lacks transparency.

Franklin Cudjoe, Founding President of IMANI Africa indicated that the Agyapa deal is a deal made in hell.

Mr Cudjoe said this in a panel discussion on Citi TV's weekly "The Big Issues" program which was hosted by Godfred Akoto Boafo.