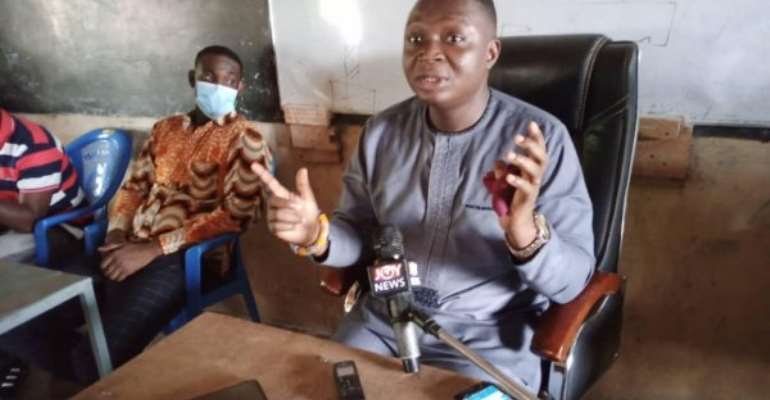 A nation best develops when it has put in place strong skills-based human resources to boost its manpower for development.

Mr Ansah said this while addressing staff of the Issa Youth Leadership Training Centre at Issa in the Daffiama-Bissie-Issa District of the Upper West Region during a working visit to the school.

“If we do not begin to focus on skills-based training, youth unemployment will continue to be a problem in this country and that is why this government is placing importance on skills based training,” he stated emphatically.

The Deputy CEO noted that unlike other courses of study where one becomes stranded, if he/she failed to acquire a white collar job, skills based trained graduates on the other hand would not be stranded at any point in time.

He called on the Assembly to begin to award certain projects within the scope of these skills based training schools in their jurisdiction for them to deliver as a way of supporting the schools and also boosting their confidence about the future of the skills they were learning.

He said such projects would even cost the Assemblies less money and would still be delivered to meet standards.

Mr Ansah noted, however, that one area they did not do well was the leadership component of the skills training and advocated for the development of a curricular that would inculcate leadership unto the students to make them stand out after completing.

Responding to certain challenges enumerated by the Principal of the School, Mr Gyamena Fredrick Amoako, including the need for a school bus, the issue of water, the need for a fence wall and the closed nature of the boys and girls dormitories among others, the Deputy CEO pledged the commitment of the Authority to help address those challenges.

“Getting a befitting dormitory for the school is very paramount. You cannot run a school without good dormitory facilities that can attract potential students to the school,” he said.

“We need to get you a new dormitory block and also rehabilitate the old one so that both the boys and the girls can be comfortable to undergo their training,” Mr Ansah assured.