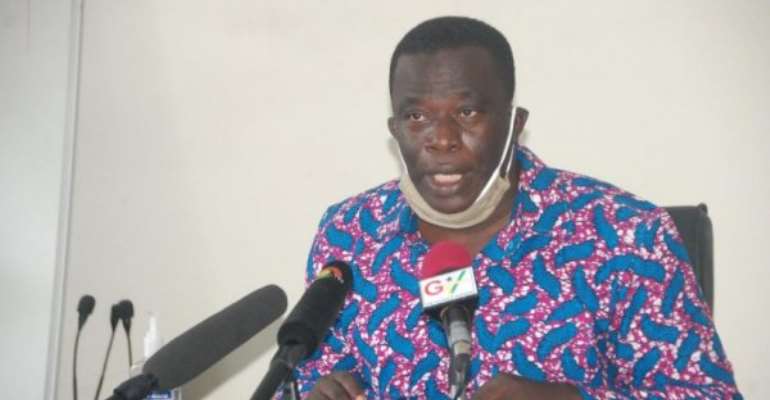 As the COVID-19 pandemic continues to bite real hard and impacting negatively on businesses a pilot survey has exposed a high level of job losses in Ghana.

Currently, over 11,000 workers have lost their jobs in Ghana and this was revealed by Mr Ignatius Baffour Awuah, the Minister of Employment and Labour Relations

According to him, the survey, which covered 878 establishments detected 11,657 job losses across all sectors of the economy,

The survey, which was commissioned by the Ministry, was to enable it (the Ministry) to understand the impact of COVID-19 on employment, revealed some dire consequences for jobs.

“We observed that whiles the pay cuts were rampant in large and medium scale establishments, workers in micro and small scale enterprises suffer most of the job loses,” Mr. Baffour Awuah stated at the 12th National Development Forum in Accra.

The forum, which was organized by the National Development Planning Commission (NDPC) was on the theme “The Future of Work in Post-COVID-19 Ghana”.

The Minister said in terms of pay cuts, the survey revealed that large and medium scale establishments had to adopt pay cut strategies to keep some workers on their payrolls.

In terms of pay cuts, 40 per cent of the 17,685 workers interview suffered between less than 10 per cent and more than 50 per cent pay cuts to keep their jobs.

“It is important to note that the picture would have been more devastating if the survey was extended to cover the majority of workers in the informal sectors where over 80 per cent of the workforce is engaged,” the Minister said.

“The complete lack of effective social protection services for workers in the informal sectors was a major factor for the Government to reconsider the partial lockdown measures.”

Mr. Baffour Awuah noted that despite the difficulties that had been imposed by the COVID-19 pandemic and its attendant restrictions, COVID-19 had brought to the fore the fact that work (the production of goods and services) could not always be done by traditional means.

This, he said had become glaring as enterprises and workers had to contend with the mega trends, including pandemics such as COVID-19.

He said the public sector and other formal establishments had to adopt staff rotation schemes, work-from-home arrangements, and other digital platforms to maintain service delivery to their clientele and avoid productivity shortfalls.

He noted that some establishments in the services sector also adopted delivery platforms that enabled them to stay in business whiles observing the protocols.

Dr Kodjo Esseim Mensah-Abrampa, the Director-General, NDPC, said contributions and recommendations from the National Development Forums were very vital to the work of the Commission.