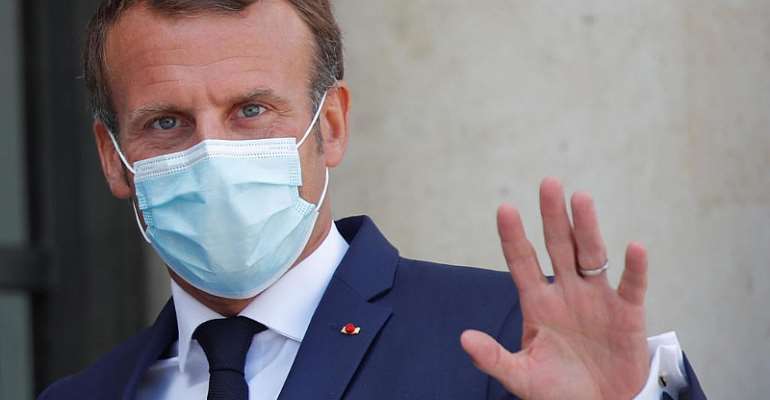 France's health authorities say there has been an 'exponential' rise in coronavirus cases, with over 7,000 new daily infections on Friday, compared to more than 6,000 on Thursday and 5,000 on Wednesday. President Macron has said a second national lockdown can no longer be ruled out.

Friday's 7,379 confirmed cases represent the largest daily spike since 31 March, when 7,578 cases were tallied at the peak of the first wave.

Despite the sharp rise, hospital numbers and daily deaths remain relatively stable, as young people less vulnerable to the ravages of the disease account for a majority of the new infections, the health ministry said.

President Emmanuel Macron has said a second national lockdown could not be ruled out if the number of cases spirals out of control.

But the French leader has called for collective responsibility to ensure that the economic impact of a further nationwide shutdown can be avoided.

WHO warns of a resurgence in Europe

Spain and Germany have also recently recorded their highest numbers of daily cases since the original outbreak. The World Health Organisation (WHO) has warned of a resurgence of the disease in Europe.

On Thursday, Hans Kluge, the director general of the WHO's Europe office, warned young people not to be complacent about the virus.

"It may be that the younger people are not necessarily going to die from it, but it's a tornado with a long tail. It's a multi-organ disease, so the virus is really attacking the lungs, but also the heart and other organs," he said.

German Chancellor Angela Merkel warned on Friday that the coming months are likely to be "even more difficult than now", as winter weather forces people to spend more time indoors.

The infection rate in Germany has remained above 1,000 a day recently.

England could face "national action" and "very extensive local lockdowns" in the event of a winter wave, the government has said, with a "worst-case scenario" of 80,000 deaths.

"Cases go up again, and we have to use very extensive local lockdowns or take further national action. We don't rule that out but we don't want to see it," Health Secretary Matt Hancock has told The Times newspaper.

The pandemic has killed at least 832,336 people worldwide since surfacing in China late last year.

Tunisians in largest rally against president's 'coup'
4 minutes ago