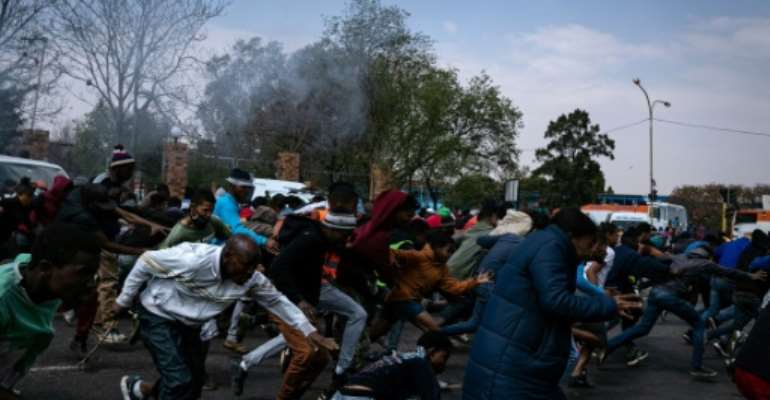 Protests broke out over the death of disabled teenager Nathaniel Julius. By ALI GREEF (AFP/File)

Two South African police officers have been arrested for murder following the gunning down earlier this week of a disabled teenager in a Johannesburg suburb, a police watchdog has said.

Nathaniel Julius, a 16-year-old with Down syndrome, was shot dead on Wednesday night in Eldorado Park, a township ravaged by drugs and crime.

His family said he was out to buy biscuits from a shop when he was shot by police on patrol.

The Independent Police Investigative Directorate (IPID) said that "after careful consideration of the evidence at hand" it decided to detain two police officers implicated in the shooting.

"The pair will be charged with murder," said the IPID in a statement released late Friday night.

The killing sparked violent protests in the township and forced President Cyril Ramaphosa to appeal for calm.

The family alleged police opened fire on the teenager after he failed to respond to questions due to his disability.