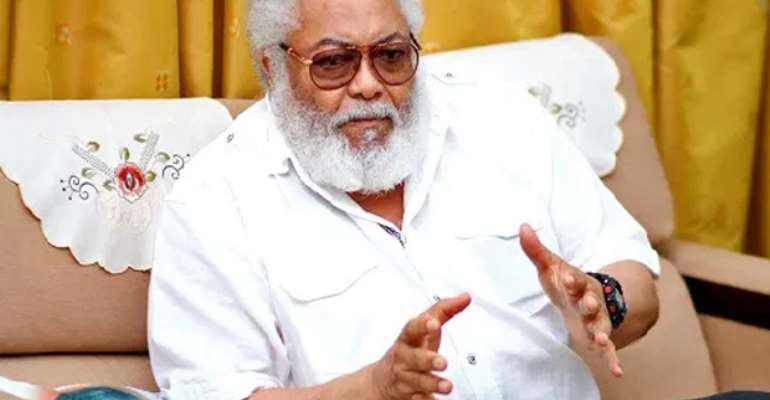 Ex-President Jerry John Rawlings has discounted an attempt to portray him as undermining, sabotaging, betraying or maligning the then President, Professor John Evans Atta Mills, who died in office in July 2012.

The National Democratic Congress (NDC) founder is accusing his former appointee, Professor Kwamena Ahwoi, of employing fabrications and grapevine accounts in his book in an attempt to smear him.

The book – Working with Rawlings – attempts to chronicle the history of the role played by Prof. Kwamena Ahwoi, a former Minister of Local Government and Rural Development during the Rawlings administration and in the process has made damning allegations against the then former President, his wife and some NDC gurus.

However, Mr. Rawlings, in his latest reply to some of the allegations, said he was disappointed in Prof. Ahwoi because he employed“fabrications and grapevine accounts to paint a denigrating picture.”

“Everyone is entitled to his or her opinion. President Rawlings has over the past four decades tolerated various views, recognizing the fact that as a public figure one will not be immune to such, even when said opinions are vicious and derogatory,” Mr. Rawlings said in a statement signed by Kobina Andoh Amoakwa of the Communications Directorate of the Office of the former President.

He said “the public deserves to be served the truth as far as some of the contents of the book are concerned.”

“The book is generously economical with the truth given that President Rawlings supported President Mills consistently from the year 2000, much to the chagrin of many of those who morphed into his post-victory supporters in 2006,” he added.

According to Mr. Rawlings, after a landslide victory in the 2006 NDC primaries, the then candidate Prof. Mills travelled to South Africa for medical treatment and while he was there, he (Mills) called him (Rawlings) and indicated his desire to forego the candidature for the presidential election owing to his medical state.

Following this conversation, ex-President Rawlings indicated that he held a meeting with some leading members of the NDC to express concern about the state of candidate Mills' health and urged them to identify recognizable party members who could step in.

He noted that he is on record to have suggested that some known personalities in the party should position themselves to demonstrate that the NDC had enough presidential material.

“Bizarrely, Kwamena Ahwoi has written a lengthy diatribe about how Rawlings coerced his brother (Ato Ahwoi) to contest Mills ahead of the primaries, leading to the breakdown of their healthy relationship.”

The NDC founder said he took the “responsible and pragmatic approach” after he received that “politically unnerving call from Professor Mills”, asserting that he consulted the party leadership “to take strategic steps to fill the gap which by Professor Mills' account was imminent.”

“Urging some members of the party to position themselves for a potential contest, was in no way an attempt to undermine, sabotage, betray or malign Professor Mills as the author shamelessly infers in his book.”

For him, more disappointing is the impression created that he (Ahwoi) was and is unaware of that critical phone call from Professor Mills (while in South Africa) to him (Rawlings).

The ex-President said this is rather telling of Prof. Ahwoi “to deny this well-known crisis merely in his bid to deride and denigrate the genuine efforts” of him “to arrest a crisis”.

He narrated that when Professor Mills returned to Ghana, meetings were held with him without the knowledge or participation of him as founder of the NDC, “where Professor Mills was convinced by those present, not to withdraw his candidature and actually made to believe” that he (Rawlings) was working to undermine him.

“That was when the mistrust began, and Mr. Kwamena Ahwoi was and is well known to be one of the master-architects of that manipulative agenda that pushed a very unwell candidate Mills into the 2008 general election.

“Having worked with Professor Mills on various policy and manifesto achievements during his presidency, the aim was to support him and the NDC party back into government, for the good work of the pre-2000 NDC Administration to continue (sic),” the statement said.

Former President Rawlings admitted being critical of President Mills' administration and said he did it openly and with the best of intentions.

According to him, he had meetings with the late President Mills, offering counsel and suggestions strictly to the good of Mills' presidency and that of his government, saying that he has always remained consistent in his “open and bona fides criticisms of President Mills' administration which, to date, are still outstanding matters.”

The lack of dedication to the party ideals of probity and accountability, as well as the monetization of the NDC internal electoral processes, was also part of his open criticisms of the Mills' administration.