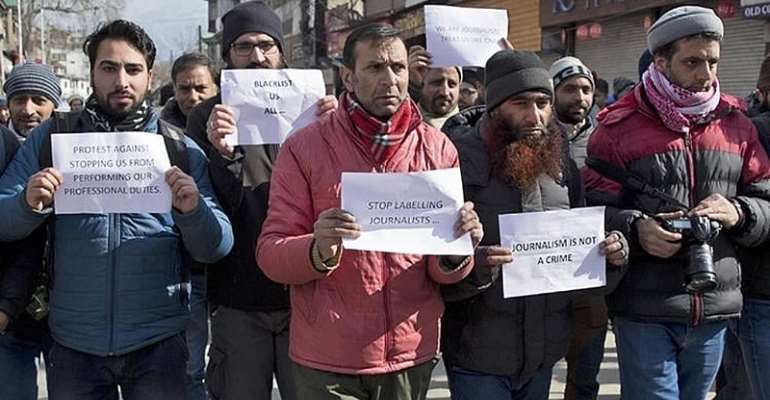 A Kashmir-based rights group has described the communications blackout imposed by India as “digital apartheid” and called for an end to the internet 'siege' which began following India's scrapping of the disputed region's special status last year.

The 125-page report published by the Jammu & Kashmir Coalition of Civil Society (JKCCS) claims that “the ongoing internet siege enacts digital apartheid, a form of systemic and pervasive discriminatory treatment and collective punishment.

“Digital sieges are a technique of political repression in Kashmir, and a severe impediment to the enjoyment of internationally and constitutionally guaranteed civil, political and socio-economic rights,” the report continues.

Last August India revoked Jammu and Kashmir's statehood, which was accompanied by a strict security clampdown and a complete communications blackout which lasted for months.

Indian authorities have argued that the clampdown was to prevent anti-India protests in the region.

The report talks about the consequences of the year-long shutdown, saying “losses suffered by various businesses during the first five months alone were estimated at Rs 178.78 billion, with more than 500,000 people having lost their jobs.”

Millions of students, health care workers and patients continue to suffer because of the slow, second generation internet bandwidth. Schools, colleges and universities have remained shut since last August, before Indian authorities enforced another harsh lockdown in March to combat the coronavirus pandemic.

Journalists and the media targeted

The Jammu & Kashmir Coalition of Civil Society (JKCCS) is led by a human rights activist Khurram Parvez and its report is based on fieldwork, government documents, court files and media reports.

Though most of the communications restrictions were lifted in a phased manner, high-speed mobile internet remains suspended in 18 out of 20 districts of the region.

The report says press freedom has suffered due to the digital siege and led to “chilling effects of online surveillance, profiling and criminal sanctions, with police complaints registered" against some working journalists and over 200 social media users.

The recent internet blackout in Kashmir was described as the longest-running internet shutdown in a democracy and the second-longest in the world after Myanmar.

“The report is also addressed to the international community. While the government of India may have succeeded in gagging the voices of people of Jammu and Kashmir with its longstanding communication blockade, this should not prevent the international community from speaking and calling out the government of India for suppressing the fundamental rights of people,” the JKCCS said.

Anti-India sentiment runs deep in Kashmir, a Himalayan territory divided between India and Pakistan but claimed by both in its entirety. Tens of thousands of people, mainly civilians, have been killed in military operations.