Most Of Our Roads Are Under Construction, Other In A Procurement Process - Kwabre East MCE 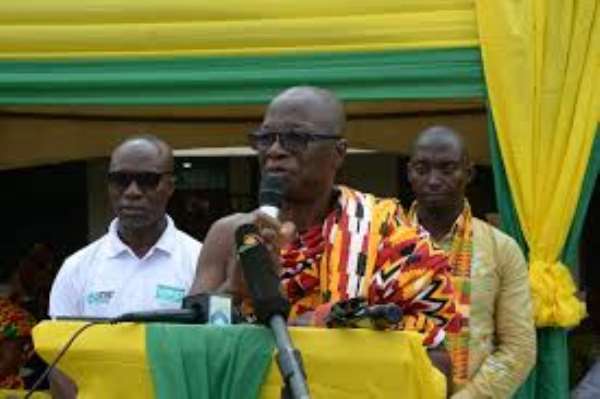 The Municipal Chief Executive [MCE] of Kwabre East Municipal in the Ashanti region, Hon Nana Osei Asibey Bonsu has stated that most of their roads and bridges are under construction while others are in the procurement process.

Hon Osei Asibey in an exclusive interview with the press noted that roads such as Kenyase to Fawoade, Antoa to Fiapre, Krobo to Afigya, Bonwire to Juaben junction are all under construction.

The Hon MCE revealed that roads and bridges namely Adwira, Mamponteng, Fawoade bridge, and the Truba bridge are all in the procurement process awaiting for the green light in a matter of a month or two.

He stresses that Ghanaians must vote for President Akufo-Addo and the NPP come December 7.

Hon Nana Osei Asibbey Bonsu urged all the people in the municipality to have patients and believe in the NPP government indicating that the 'Year of Roads' agenda is on course.