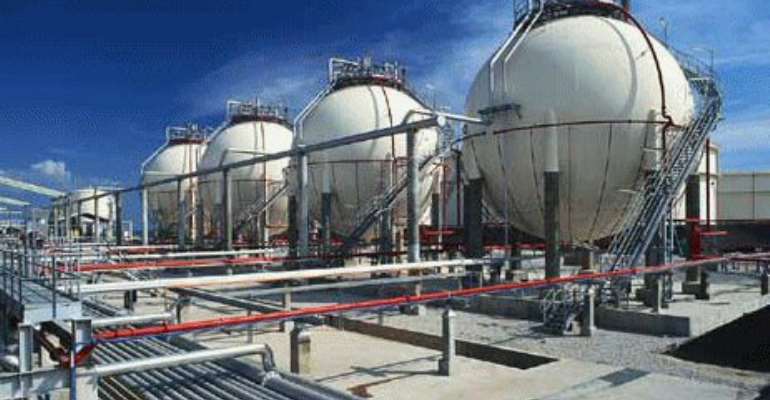 Arrangements have almost been completed for work to begin on an oil refinery at Pumpuni near Takoradi in the Western Region next year, Mr Joseph Kofi Adda, the Minister for Energy, said this when he paid a courtesy call on the chief and elders of the town last Monday.

Mr Adda commended the chiefs and people of Pumpuni for the release of 1,017-acre land for the project and enumerated the immense economic benefits that it would bring to the community and the country as a whole. The Minister is on a two-day visit to institutions under his Ministry in the Western Region.

The refinery, estimated to cost about two billion dollars, would generate 3,000 jobs and process 200,000 barrels of crude oil a day, of which 30 per cent would be for local consumption.

The Pumpuni project is one of the five to be constructed in the country to process crude oil for home consumption and export to countries in the West African sub-region.

Adjoa, also in the Western Region and Saltpond in the Central Region have been cited for two refineries while sites for the remaining two are yet to be identified.

Mr Adda emphasised the government's oil deregulation policy and said foreign companies were being encouraged to invest in the sector.

Nana Owukyerefo Yena, an elder of Pumpuni, thanked the government for bringing the project to the town and pledged the people's cooperation for its early completion.