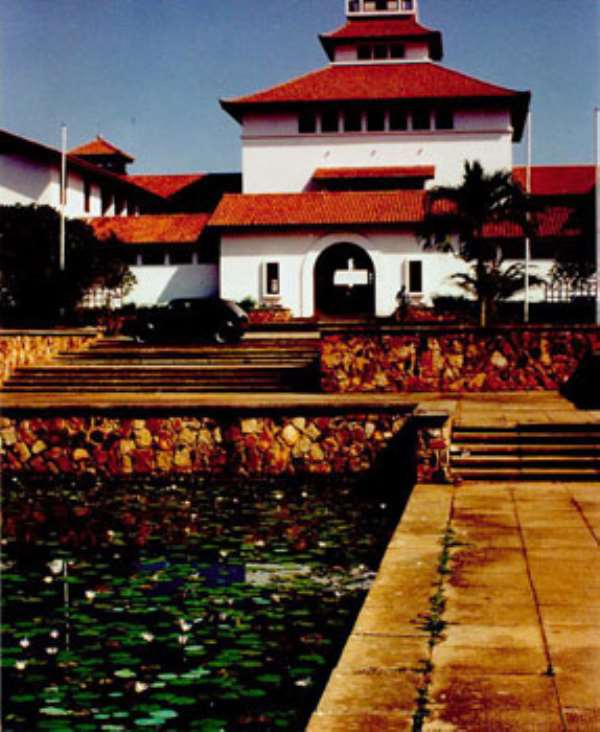 Students at the University of Ghana have accused the school authorities of various acts of intimidation, citing examples of the school administration banning all forms of students' gatherings and also dismissing Junior Common Room Presidents of Akuafo and Volta halls for their alleged involvement in organising meetings with their executives during the ban.

One student confirmed to this reporter that even though all students gatherings have been banned, some of the groups on campus still continue to have their normal meetings without facing any sanctions from the school authorities, an indication that the ban was aimed at terrorising some JCR executives and other student leaders who dared to challenge alleged corrupt practices of the authorities "personally I went round to see things for my self and I have some student meetings on tape stated Michael Yerenkyi, the JCR president of Akuafo Hall who has been forcefully removed from his position and thrown out of his residence."

Speaking at a press conference that was almost postponed due to resistance from school authorities, the JCR president of the commonwealth hall, Benjamin Akyena, blamed the "out-in-out-in_ policy of the school as the main cause of students' recent practice of selling their beds to fellow students in dire need of a place to lodge on campus and who are willing to bear the cost, an occurrence that has received wide media attention.

This, he said, has resulted from the fact that school lands have been sold to private individuals for their own housing purposes and most of them have been developed into hostels whose owners can only be contacted through their care takers, "the problem of accommodation is not a criminal matter but rather a social crises that has its roots in official corruption and low public investment in education," he stressed.

Mr Akyena stated that the school administration has divided halls into two sections: Luxurious Rooms for students who can afford to pay in dollars and thus have access to all facilities without any hassle and the "Zongos" for those students who make up over a third of the over all population of students and do not have access to clean toilet facilities and therefore have to use bushy places nearby as places of convenience.

Mr Akyea also lamented over the ¢2.5m penalty students are made to pay for failing to register within the stipulated five days grace period, a situation that has infuriated most students due to the fact that about 19,000 continuing students have only those five days to go through a cumbersome manual process of registering unlike their counterparts in other universities but are afraid to complain for fear of dismissal or harassment.

Answering questions from the media, the JCR president of the Commonwealth Hall, stated that some of the student leaders have tried on countless occasion to have meetings with the administration but the school administration has refused, "one thing I've noticed is that they abhor dialogue and diplomacy but rather prefer to intimidate, he added".

He further cautioned that the school administration should as a matter of urgency consider the student accommodation problems among others and work at finding solutions to them and threatened that some sections of students would mobilise a majority of the students for massive demonstrations to drum home their grievances, "Should they succeed in dismissing all targeted students, I believe Vandals and the entire student movement will not give them the luxury of defending their actions in court, in fact we'll take the battle to the streets and we shall without hesitation take the law into our own hands and thus making what happened last semester look like a rehearsal."

In a related development, a group calling itself Mass Resistance Committee, is planning to embark on a demonstration today to present a petition to the Minister for Education Science and Sports.