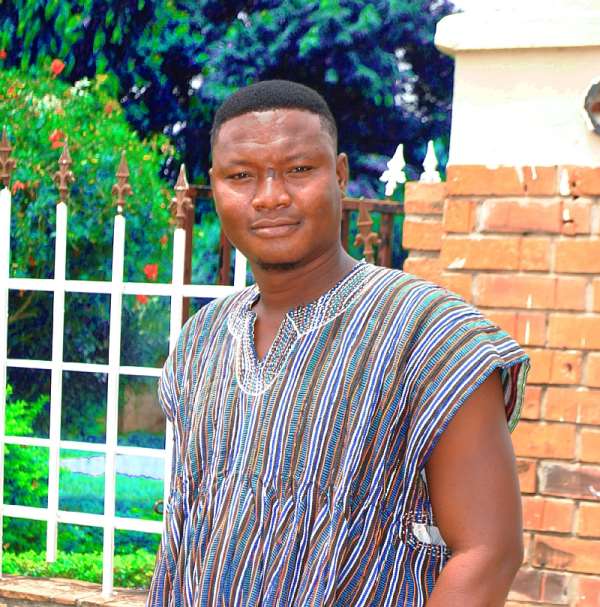 The Kintampo South Constituency Communications Officer of the opposition National Democratic Congress (NDC), Mr Mathew Atanga has accused the ruling New Patriotic Party (NDC) of claiming credit for projects it did not undertake.

The vice-president Dr. Mahamudu Bawumia at a Town Hall Meeting recently captured a number of projects by the ruling party in a delivery tracker.

The Kintampo South DCE Hon. Alex Gyan in an interview with Wontumi TV has given credence to the listed projects.

But reacting to the claims by the NPP, Mr Mathew Atanga has itemized the projects with details exposing the ruling government of project thievery.

I owe it a duty to the people of kintampo south to set the records straight following the deliberate attempt by the DCE Hon Alex Gyan and his party the NPP to harvest from where they have not sown. Indeed, the magnitude of lies that were told by His Excellency Dr Bawumia and the DCE's subsequent appearance on Wontumi TV to give credence to same and as well captured in their delivery tracker, it has become more imperative that, I let the people of the district and Ghanaians know the contrasting reality on the ground.

For purposes of clarity, I will itemize the projects, state how it was captured on the tracker and provide facts surrounding these projects:

This information is palpable lie. This teachers quarters was under construction during NDC's time but unfortunately, when NDC left power the project has since been abandoned at roofing level. Infact, opinion leaders of Baadu approached Hon Alex Gyan and pleaded with him to complete the project but he declined and cited lack of documentation covering the project as a reason for his decision.

√ Maternity Home, Anyima. Hon Alex Gyan yesterday on Wontumi TV claimed among other things that he built a Maternity Home at Anyima. Again this is one of the most dishonest statement to come from a DCE.

The facts are that, Nana Saah Gyamfua, the queen mother of Anyima and former member of council of elders solely built the facility. The DCE and his NPP government have absolutely no hand in how the project was conceived and executed. The planning, financing and construction of the Anyima maternity home was solely borne by the queen mother.

√ Dining hall,Jema Senior High School The claim made by Hon Alex Gyan that the magnificent dining hall building is the NPP government's project is total falsehood. The dining hall as at November 2016 had been almost completed and was actually being used by the school. However, the contractor paused the work as the elections approached and returned after the elections and finished up with the painting.

Similarly, the boys dormitory and girls dormitory at the Jema Senior High School were all at the same stage of completion prior to NDC's exit from power. The continuous attempt by Hon Alex Gyan to appropriate these projects as his achievement is shameful.

√ Teacher's Quarters at Jema Nkwanta. According to the tracker, this is a project that the NPP government has constructed and completed.

This is yet another figment of the DCE's imagination. This quarters is a GETFund project which traces its source from one Mr Baffoe who works with GETFund and hails from Jema Nkwanta. Hon Yaw Effah Baafi who was MP at the time facilitated the construction of this teacher's quarters. The DCE and his NPP government knows absolutely nothing about the project. Any move by the DCE to claim ownership of this project will be fraudulent and must be investigated by the appropriate authorities.

In a related development, the DCE yesterday claimed glory for the library building that is situated behind the Jema district directorate. But like the teacher's quarters, Mr Baffoe and Hon Yaw Effah Baafi are the rightful people to seek praises for this project.

Tracker: Completed Construction of Boreholes in the following communities;

It is not true that the DCE constructed boreholes in the above communities. Kwabia had a borehole that the people fetched water from, but the DCE in an effort to score cheap political points and to create the impression that he is doing well, converted the existing borehole to mechanised one. It must be noted that, the people of Kwabia resisted that move and requested the DCE to drill a new borehole for the purpose of mechanising it. But usual of him, he disregarded their request and did it at his own convenience.

Paninanmisa same can be said about the Paninanmisa project. The borehole was drilled by world vision Ghana in 2013 for the Paninanmisa CHPS compound. Hon Alex Gyan in same fashion converted the existing borehole to a supposed mechanised one. It is sad to note that, for close to a year now water doesn't flow from the taps due to the shoddy nature of the project.

Sabule the project in sabule is a replica of those spoke about earlier.

Tracker: Ongoing construction of 3-unit classroom at Bredi. Again, this is a grievous lie by the DCE.

Facts; Hon Felicia Adjei current MP for the constituency built the 3-unit classroom for the Bredi R/C school. The building though not officially handed over, is being used as JHS block by the school.

I have decided to limit the narrative to the projects thievery by the DCE and his government, however, the other projects which I have not touched on also have sufficient inequities which will be dealt with in my next article.

Notwithstanding, from the above facts that I have made available show clearly that, Hon Alexander Gyan has underperformed as DCE. It won't be wrong to conclude that he is the worse DCE that Kintampo south district have ever had.

Alliance of CSO petitions Parliament for audience with GNPC ...
18 minutes ago