Why The Black Lives Matter Movement Is Prepared To Fail 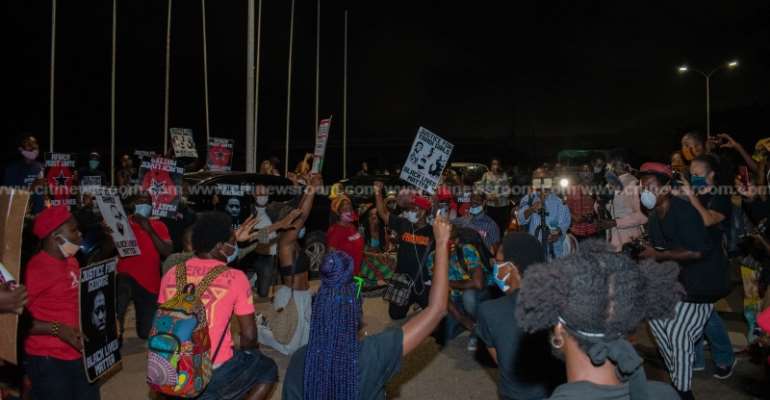 Social movements and revolutions have the goal of promoting or resisting a change in every given society. But many movements have failed in this regard. They have failed not because they lack legitimate reasons to ask for change and not because they have failed to mobilize the people to rally with them nor failed to attract bystanders to sympathize with the course. There is, of course, a good enough reason for blacks everywhere, especially in the United States to ask for a change. The Black Lives Matter Movement and its supporters have since George Floyd’s death brought together thousands of people from the different races and received solidarity and empathy from myriad other audiences. The effectiveness in this aspect is simply because racism is a canker; police brutality on the black people is heinous and abhorrent. And I fully support this course to eradicate racism and to make improvements to prevent any future brutality whether from the police or from any other white group be it from a cult or from individual actions. But why do I deprecate the same movement that is fighting to eradicate racism and police brutality and feel it is less likely to succeed in its quest?

During the Reconstruction era, the social movements that were formed called the Civil Rights Movements fought hard to reverse the Jim Crow laws. Between the period of 1954 and 1968, activists like Martin Luther King Jnr employed tactics that were seemingly non-violent in nature such as sit-ins. These were the times when laws were made to strengthen the hand of the racist, gave impetus to segregation and backed white supremacist like Ku Klux Klan (KKK) to vandalize and attack blacks. Throughout this period, non-violent strategies were employed over pillaging and vandalism as a means to tackle racism and an effective means of achieving the expected social change. Unlike this era, racism and police brutality during the Reconstruction period were overt and rampant. Unlike this era, the social movements and activist were tactical and they realized violence could not be used to fight violence. Unlike this era, Martin Luther King Jnr and all the civil rights activists saw that racism and police brutality were fueled by fear. Fear of the black man. Fear that by employing violence only goes to reinforce that feeling in the white man and the persistent use of the same tactic cannot and will never engender to the goal that the movement is seriously fighting for. At the very end, reforms may be achieved but the root cause, FEAR, will not be uprooted.

It is heart rending to still observe acts of racism and police brutality on Black people in this current dispensation. A dispensation where the United States of America has had a black man on the highest seat in the country, has seen many black people being elected into parliament and even seen a member of the minority appointed as a vice presidential candidate. These feats can be adequately and appropriately be considered the fruits of the efforts of black and minority social movements decades ago. Can posterity reference same to the Black Lives Matter Movement decades to come? The Black Lives Matter Movement is failing tactically. Violence is not the way forward! The violence that has characterized the movement can be attributed somewhat to the dearth of uniformity in its organization. Different groups of the same movement have employed dissimilar strategies at different points in time which has called for police retaliation and even the POTUS representation of the group as anarchists. This is creating a lot of noise and noise does not get results. In as much as the relevant authorities are aware of the cause of the movement, they need to know the necessity of the same. However, they are unable to hear in the milieu of the razzmatazz. It is therefore not impertinent to say that the continual use of conventional “unintelligible” tactic of violence will inure to no better improvement because racism and police fear of blacks that result in brutal use of force during arrests such as choking and shooting are embedded in the very foundation on which the United States of America was built.

The movement has two major tools at its disposal and it is these same tools that can ensure its success. 21st Century movements have social media and civil laws. These two tools eluded the Civil Rights Movement of the mid-20th century. Social media is an effective and far more efficient strategy to be adopted to carry the message of the movement. Just as it is effective it can also be disastrous. Effective because millions of people can join in the movement as it removes all forms of barriers, thus, there is no physical boundary with social media and therefore, as many as believe and sympathize with the course can join in from across the world. On the other hand, it is disastrous because it can be used in a manner that is self-damaging. Any violence or acts of thuggery from the black community can also be broadcast to the world and this can reinforce individual feeling of hate and fear of the black people. The second most important tool in the black man’s arsenal is the Civil law. Civil laws are already in place for the blacks. I will commend those groups of the movement who result to lawful means to get justice served rather than taking to the “streets”. Nothing can be done outside the laws; hence, the same law can be used as a weapon to fight for more equality in police encounters and to suppress racism. The Black man is intelligent and capable of achieving anything, therefore that aspect of the black man must be seen more rather than the indiscriminate use of force which only confirms the existing idea of a life of thuggery which puts fear in many, especially in the white folks.

W/R: Adiembra residents save 17-year-old student from kidnap...
28 minutes ago