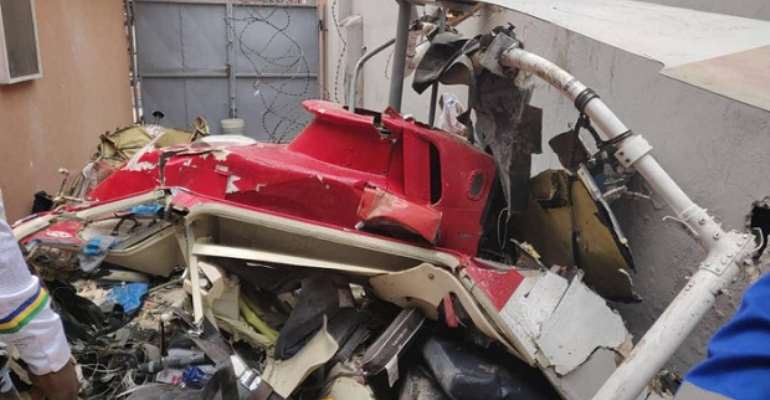 Two persons have reportedly died in an helicopter crash in Lagos.

The helicopter crashed in a private building at 16A Salvation Opebi road in Lagos.

The deceased are two men. One person is said to have been injured badly.

A statement released by the Lagos State Emergency Management Agency LASEMA said the helicopter which is a Bell Helicopter 206B3, belonged to Quorum Aviation Ltd.

”An adult male was rescued and taken to LASUTH for further treatment. While two adult male were confirmed dead.” according to the statement.