Small-scale Mining Will Be Transformed If I Win — Mahama 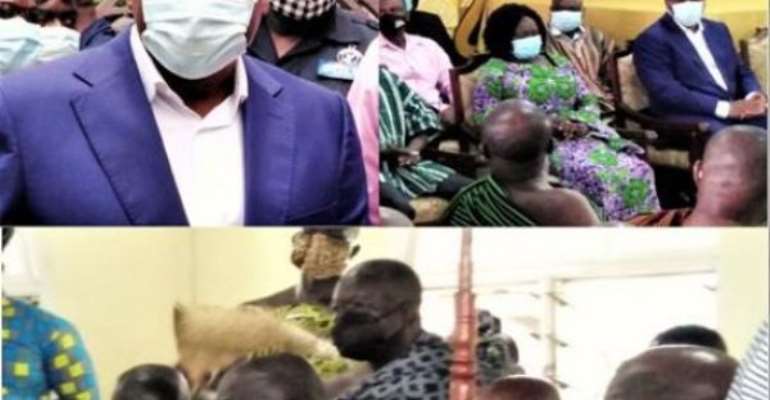 Former President and Flag-bearer of the opposition National Democratic Congress (NDC), Mr. John Dramani Mahama, has hinted of plans by the party to introduce small-scale cooperative mining if it wins the December 7 polls.

An NDC-led government, he said, would encourage prospective small-scale miners to form identifiable groups in order to streamline and boost their operations.

This is to regularize properly small-scale mining activities that conform strictly to environmental and safety laws, he added.

The party has promised to expand job opportunities in the mining sector, to create wealth for the people, especially those living in mining communities in order to sustain their livelihood.

Former President Mahama made this known when he led an NDC delegation, including his running mate, Professor Jane Naana Opoku-Agyemang, to pay a courtesy call on the Asantehene, Otumfuo Osei Tutu II, at the Manhyia Palace, Kumasi.

The visit was to introduce the two leaders to the Asantehene, and pray for his spiritual support as the NDC bid to regain power.

The largest opposition party has won four major elections since Ghana returned to democratic rule in 1992 under the Fourth Republican Constitution - 1992, 1996, 2008 and 2012.

According to former President Mahama, the ruling New Patriotic Party (NPP) had not done enough to improve the small-scale mining sector, saying his administration would work harder to “correct all the wrongs in the sector.”

The party is soliciting votes in the 2020 presidential and parliamentary elections with the assurance to bring vibrancy to the mining sector, to ensure it contributed significantly to the country's Gross Domestic Product (GDP).

Other plans on board include; infrastructural development and growth, especially those targeting the transportation sector.

“There cannot be prosperity, if infrastructural development is neglected,” the former President observed, saying the country would see major development in the road sector, in particular, if given the mandate.

Otumfuo Osei Tutu advised the NDC to learn from its past mistakes.

“You should let the people know how you intend to improve on your shortfalls as well as the party's overall development agenda for Ghanaians as you go round campaigning,” the king advised.