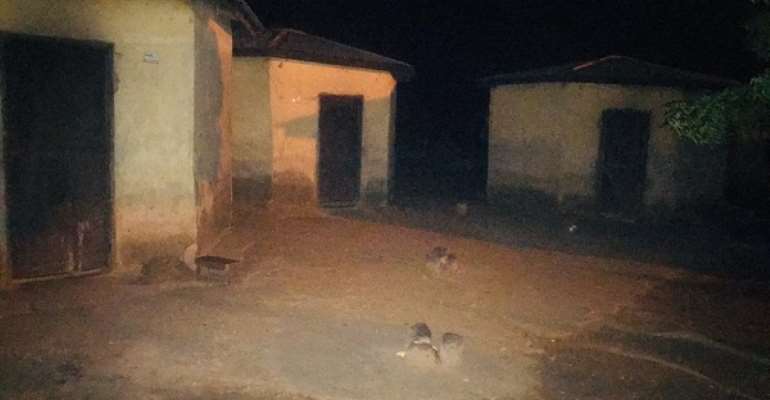 Inmates of the Kpatinga witch camp have been compelled to sleep in darkness due to the lack of electricity at the camp.

DGN Online gathered that the camp has been in existence for years now without electricity.

The Kpatinga witch camp has 32 inmates with seven children.

Some of the inmates told DGN Online that they face difficulties in performing their household chores after they return from work.

“ We do not have light in our rooms and its affecting us because when we come back from farm we find it difficult to cook food for ourselves and our children.”

According to them, due to the lack of electricity at night some of them are being bitten by snakes ,scorpions and reptiles.

The inmates appealed to government to connect them to the national grid to protect them from the dangers their face.

The Kpatinga witches camp inmates also faces challenges such as lack of toilet facility, poor sustainable source of livelihood , bad roads to the main community, lack of Personal protective equipment (PPE) to help prevent inmates from covid-19 among others.

This was made known when the Minister of Gender, Children and Social Protection , Mrs Cynthia Morrison and the Parliamentary Select Committee on Women and Children visited the camp.

When DGN Online contacted the Gushegu Municipal Chief Executive (MCE), Mr Issah Musah, he said plans are far advance to get the witches camp connected to the national grid.

“We have secured some bulbs and street lights and poles to be sent to the camp as we speak so very soon they will e connected.”

Tunisians in largest rally against president's 'coup'
38 seconds ago