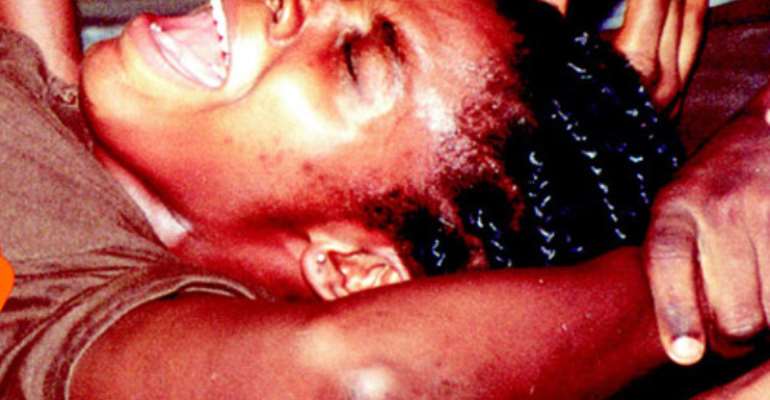 When 45-year-old farmer Fefe Dari decided to perform genital excision on three girls in 2003, with the consent of their parents, little did she know that the tradition would land her a five-year jail sentence.

Few of those who perform excision have been jailed under Ghana's 1994 law against the practice - as is the case in other African countries where excision is outlawed.

Despite the low rate of prosecution, some Ghanaian lawmakers want to take punishment one step further.

Proposed revisions to the 1994 law aim to punish anyone - especially parents and other family members - who give their consent to practitioners like Dari to carry out excision on young girls.

"The act as it is now only punishes practitioners and not all those who consented for the act to be committed," said Kwame Osei Prempeh, deputy attorney general. "Those who send and receive people to be circumcised can be convicted under the proposed amendment."

Female genital excision, also known as circumcision, is practiced in 28 countries in Africa, according to the World Health Organisation (WHO). The procedure varies in severity from minor cutting of the genitalia, to removing the clitoris, to its most severe form, infibulation. This entails removing most of the external genitalia and stitching together the vaginal opening, leaving a small hole the size of a matchstick.

WHO estimates that more than 100 million women and girls have undergone excision and 2 million more are at risk each year.

The aim of the practice is to curb sexual drive and limit promiscuity. It is often performed in unsanitary conditions without anaesthetic and can lead to haemorrhaging, infection, difficulties in childbirth and psychological damage.

In Ghana, excision is mainly practiced in the country's three northern regions, which border Burkina Faso, Cote d'Ivoire and Togo, where the custom still persists.

Gender advocates have welcomed the proposed amendments, saying the laws against excision should be coupled with widespread education on the dangers of the practice.

"Yes, the laws are good. But they should go along with mass education because people still believe that the practice is part of their tradition, which should be carried out by all means," said Florence Ali, president of the Ghanaian Association for Women's Welfare (GAWW).

She said that the scope ought to be further widened to prosecute offenders who send their children to neighbouring countries to be circumcised.

Ghana's parliament is currently on break and is to begin debating the new amendments when it reconvenes next month.