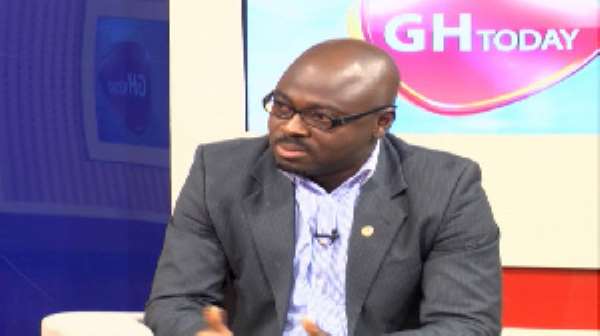 Ghana is not ready to take the risk with the Agyapa Royalty deal, an Economist, Dr Lord Mensah has said.

Speaking on the Morning Starr on Friday, the Dr Mensah who is also a lecturer at the University of Ghana Business School stated that it is likely the nation will end paying a judgment debt in the future looking at the various clauses in the deal.

“As a country, I don’t think we are ready for this risk…looking at the clauses in this agreement, I foresee us payment judgment debt in the future. I think it’s quite complex for a nation that’s gradually developing its financial market to jump into such kind of deal,” Dr. Mensah said.

In an opinion on the deal to the Finance Minister, the Attorney General also noted that the payments in respect of the agreement will be made in US Dollars which violates the Bank of Ghana Act, 2016 (Act 918) which mandates that transactions be made in the currency unit of Ghana which is the cedi or its equivalent.

In a leaked letter in the possession of Starrfm.com.gh, the Attorney General also stated that the manner of the deal agreed “freezes anything legal including judicial orders and decisions. In effect no court can pronounce on any part of the agreement as being illegal, unconscionable, null and void or on any matter before the court which may or is likely to affect any part of the agreement.

“This will amount to executive interference of the powers of the judiciary, which is a violation of the concept of separation of powers as provided under the Constitution of Ghana. Therefore, the executive arm of government cannot enter into an agreement that curtails the independence of both the Legislature and the Judiciary.”

Meanwhile, the Finance Minister Ken Ofori Atta says government has nothing to hide in the Agyapa Royalties deal.

According to him, government is acting in the best interest of the citizenry in the mineral royalties transaction.

“When I saw elite capture written in a statement on this issue, it was for me, a very painful thing. I’m very clear that this is the right time to do such a deal and I’m clear that what we are doing is the right thing for the nation.

“Agyapa is wholly owned by government and there are no hidden beneficiaries. It is going to be listed in London and also in Ghana. And there is truly nothing to hide, it has gone through parliament and all the various stages. Agyapa is going to be the largest company in the mineral resource place,” Mr. Ofori Atta noted at a press conference in Accra Thursday.