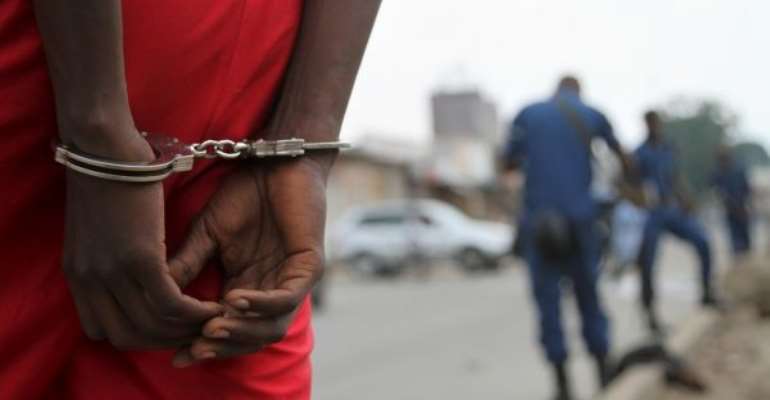 Police have arrested some persons believed to be involved in the killing of a mobile money merchant at Ejisu in the Ashanti Region barely 24 hours after the murder.

The suspects who went to rob on foot reportedly shot dead Owusu Agyakum, 32, with an AK 47 rifle at the Onwi Roundabout and fled with the sales he had made for the day.

Reports say the suspected killers had gone to the merchant under the guise of transacting business with one of them going to the back of the container and the other staying in front engaging him in a conversation.

The one at the back then demanded that the deceased hands over his sales which was in a bag to him. It’s unclear if there was a struggle but few minutes later the one in front shot the merchant and he, unfortunately, died on his way to the hospital.

The robbers bolted amid the firing of gunshots to scare the residents from pursuing them.

The Ashanti Regional Police PRO, ASP Godwin Ahianyor confirmed the arrest of the suspects, adding that the evidence they have gathered so far gives them an assurance that the suspects have a connection with the robbery.