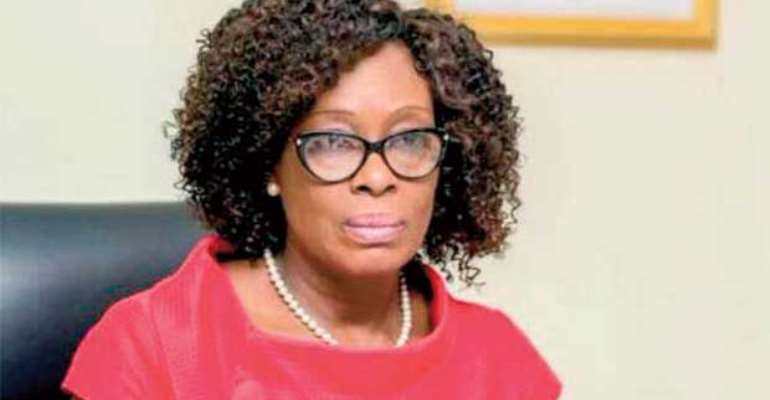 The Attorney General and Minister of Justice, Gloria Akufo, has described the inability of the state to review or evaluate the effectiveness of the Agyapa Royalties deal in future as “unconscionable”.

In an opinion on the deal to the Finance Minister, the Attorney General also noted that the payments in respect of the agreement will be made in US Dollars which violates the Bank of Ghana Act, 2016 (Act 918) which mandates that transactions be made in the currency unit of Ghana which is the cedi or its equivalent.

In a leaked letter in the possession of Starrfm.com.gh, the Attorney General also stated that the manner of the deal agreed “freezes anything legal including judicial orders and decisions. In effect, no court can pronounce on any part of the agreement as being illegal, unconscionable, null and void or on any matter before the court which may or is likely to affect any part of the agreement.

“This will amount to executive interference of the powers of the judiciary, which is a violation of the concept of separation of powers as provided under the Constitution of Ghana. Therefore, the executive arm of government cannot enter into an agreement that curtails the independence of both the Legislature and the Judiciary.” 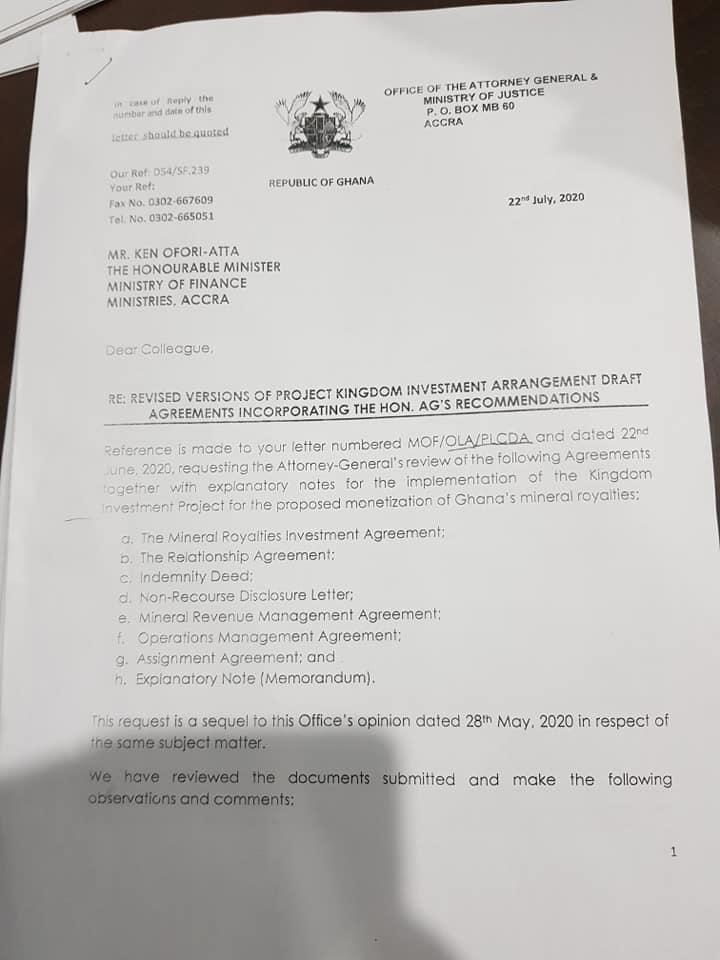 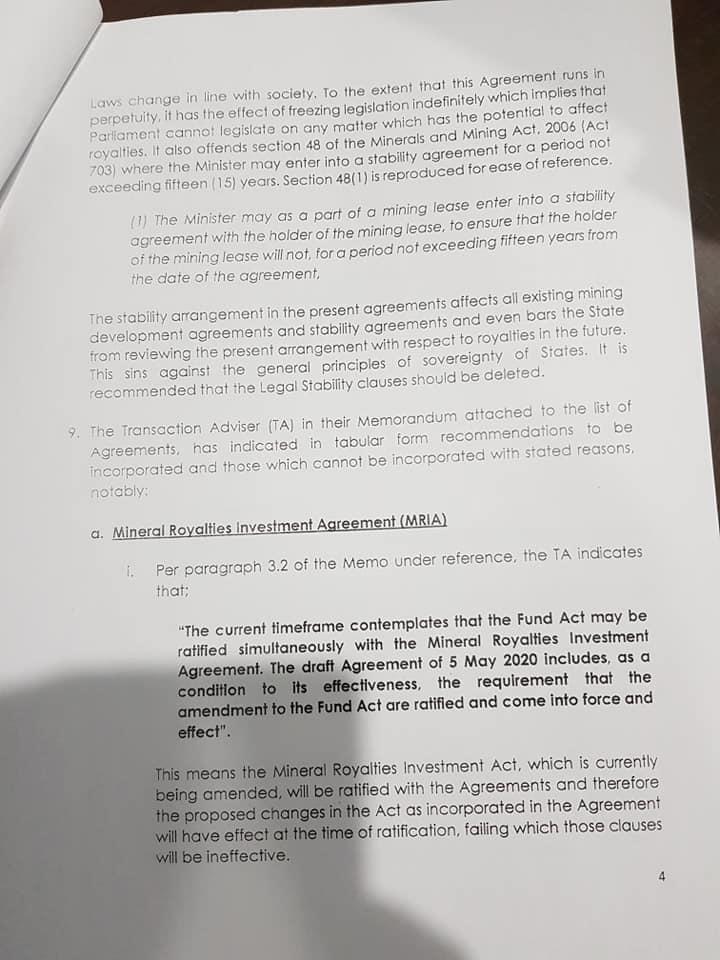 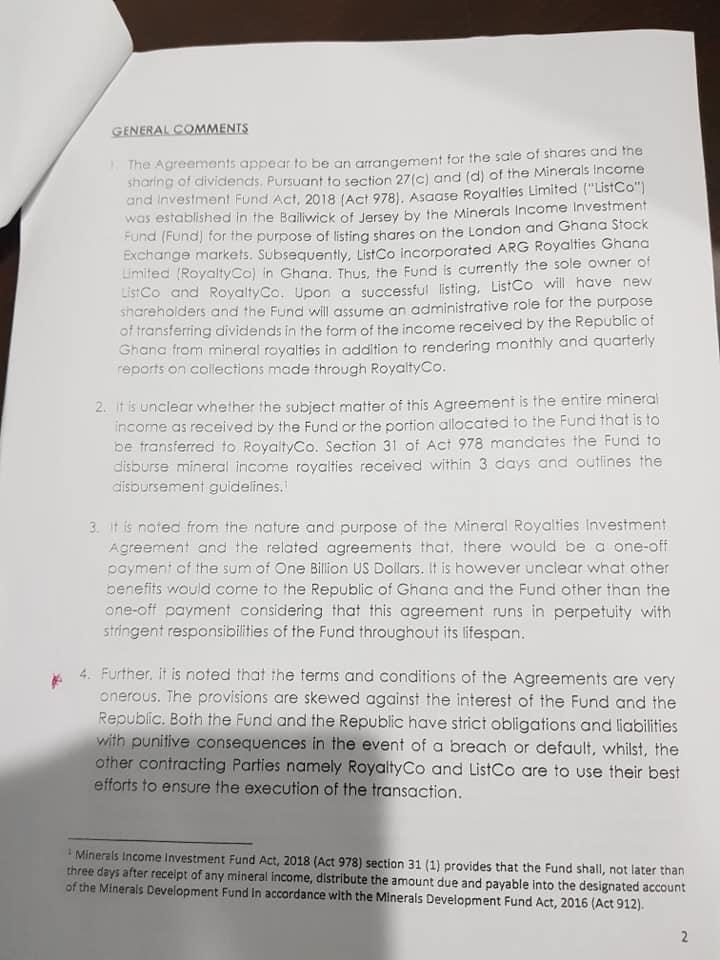 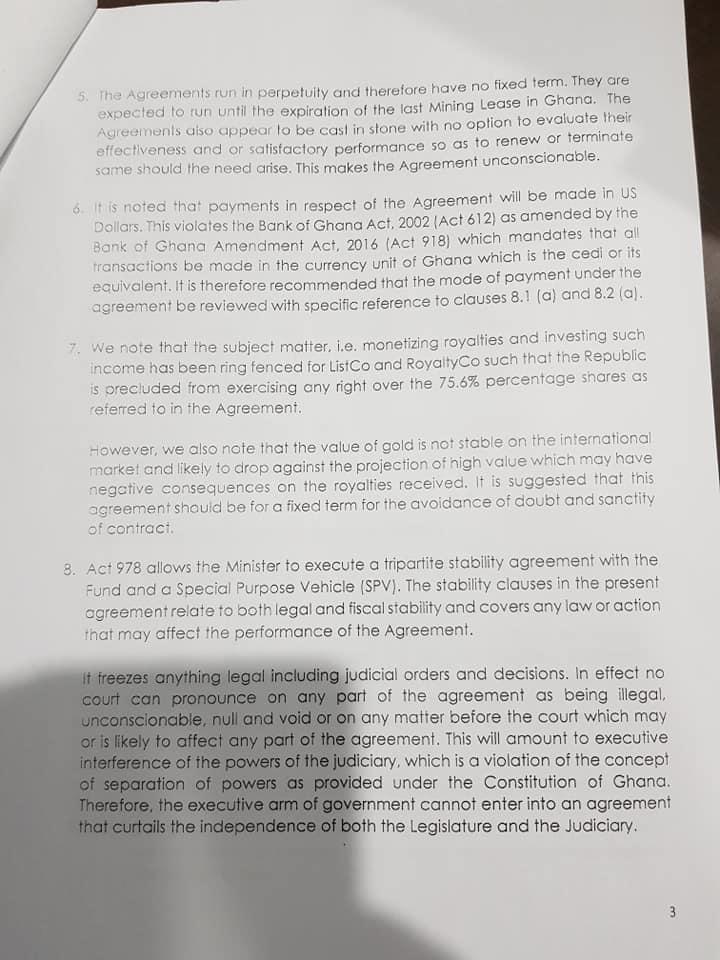