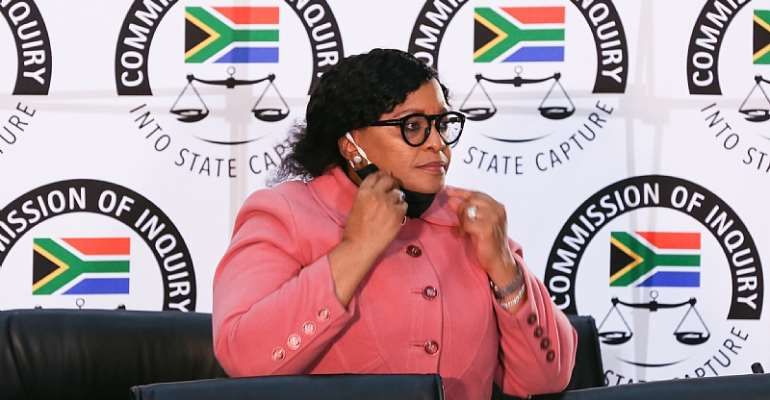 When South Africans express shock at corruption, few seem to know that it is perhaps the country's oldest tradition.

Citizen anger about corruption, a constant theme in South African political debate, reacts to a very real problem. This was underlined recently by news that well-connected people had enriched themselves at the expense of efforts to contain COVID-19. What is not real is the widespread belief that corruption is both new and easy to fix.

Reactions to corruption portray it as a product of African National Congress (ANC) rule (or majority rule for those who cling to the prejudice that black people cannot govern). In this view, it will disappear when the governing party gets serious about corruption or loses power.

In reality, however, corruption has been a constant feature of South African political life for much of the past 350 years. It is deeply embedded and it will take a concerted effort, over years, not days, to defeat it.

Corruption in South Africa dates back to colonisation in 1652 . Jan van Riebeeck, the Dutch East India company employee who was sent to colonise the Cape, got the job because he was given a second chance after he was fired for ignoring the company ban on using his office to pursue personal financial interests .

The period of Dutch rule he began, which lasted until 1795 , was marked by tax evasion and corruption by public officials . Under British rule, which followed that of the Dutch, public spending was directed to serve private interests . The most prominent colonialist of the time, Cecil John Rhodes , was forced to resign after he gave a friend an 18-year monopoly catering contract for the government-run railways (JL McCracken; The Cape Parliament 1854-1910. London, Oxford University Press, 1967, p.115).

Paul Kruger's Transvaal Republic , the Afrikaner-governed state against which the British fought at the turn of the century, was riddled with nepotism and economic favours for the connected . The British administration which replaced it served the interests of mine owners on whom it bestowed special privileges . What today is called “state capture” , the use of the state to serve private interests, was common to Afrikaner and British rule.

Given this history, it is not surprising that corruption was a constant feature of the apartheid period. Black people were its chief victims, since they had no rights and so no way of protecting themselves against abuse. But they were not the only ones, as politicians and officials used government power for personal gain.

The most corrupt period in the country's history was the last few years of apartheid , when the attempt to combat the successful international sanctions campaign made corruption, protected by government secrecy, the core government strategy. This was often done with the collusion of private businesses.

By the time majority rule was achieved in 1994 , corruption had become deeply embedded in the way the government operated and in how business related to the government. This directly affected the way South Africa was governed after 1994, despite the efforts of Nelson Mandela and his deputy, Thabo Mbeki. Former South African president Jacob Zuma and French arms company Thales, represented by Christine Guerrier, appear at the High Court in Durban on corruption charges. Felix Dlangamandla/AFP via Getty Images

A particular feature of the last years of apartheid was a blurring of the public and private which was continued into the new order in at least two ways.

The first was obviously corrupt – the illicit networks which operated during the last years of apartheid recruited people in the new government: former enemies quickly became business partners.

The second was more complicated. It was widely assumed that the ANC would soon govern but its senior officials lacked the means to live the lifestyle expected of people of standing. Businesses, for motives both pure and impure, stepped in to help with cars, homes and private schools .

When businesses realised they would need black business partners, the only candidates they knew were the political activists with whom they negotiated. So, it was to them that they offered the shares and seats on boards which were essential if business was to adapt to new political realities.

The seeds of post-1994 corruption were, therefore, deeply planted in the country's past. But corruption since then is also a symptom of another way in which the past was carried over into what was meant to be a new society. Before 1994, the groups which controlled the state used it to ensure that they controlled the economy too.

British rule gave English-speaking mine-owners special favours which allowed them to run the economy. After 1948, white Afrikaner rule was used to build the power and wealth of Afrikaans-owned business . But the post-1994 democracy has offered black business at best a role as junior partners of their white counterparts. Corruption has, therefore, become the means which some black people who want to rise to the top use to seek to achieve the dominant role enjoyed by previous business classes whose group controlled the state.

Corruption is also a symptom of the fact that the settlement which brought democracy left intact an economy which is highly concentrated so that new entrants find it hard to make their way in . Some turn to politics to achieve the middle- or upper-middle class life they are denied by an economy they cannot penetrate, no matter how hard-working and enterprising they are. It therefore answers a widespread need, which may explain why the corrupt networks are deep-rooted, particularly at the local and provincial level.

So, corruption is far more deeply rooted than current accounts would have us believe. Reformers such as President Cyril Ramaphosa confront a widespread reality which, because it reflects patterns which go back many years and springs from the exclusion of many from the benefits which democracy was meant to bring, is tenacious and can survive shocks.

Removing a few high-profile people will not change much because the networks will survive, as they have done since the departure of former president Jacob Zuma and the Gupta family , who were meant to be the cause of all the problems.

None of this means that sharply reducing corruption in South Africa is impossible. But a successful attempt to do this will need more than the instant cures favoured by the national debate – some high-profile convictions and barring people accused of corruption from public office.

Deep-rooted problems created over centuries demand thorough-going solutions which will take time to work. While this requires more patience and understanding than the national debate seems willing to offer, the alternative is many more years of public railing at corruption while the problem remains because its causes have been ignored.

Steven Friedman does not work for, consult, own shares in or receive funding from any company or organisation that would benefit from this article, and has disclosed no relevant affiliations beyond their academic appointment.

Latest Photo Reports
Catch up with all the political quotes from our politicians.
Advertise here
More Article
ModernGhana Links
Ghanaian farmers are becoming impoverished under Akufo Addo and Bawumia government; Check The Records
Prayers, Preparation, Patience, Praises, and PEACE: Introduction to the 5ps of Life for the 21st Century’s Peace
The Use Of Advertising Appeal In Breast Cancer Awareness Month
﻿#EndSARS: Memorialization or Fanfarization?
Thoughts Of A Nima Boy: Ayisha Abdallah Asks, ‘Ever Held The Hands Of The Sick, The Old, Bedridden Or Dying Person?
Open letter to celebrities: Celebrity lifestyles and mental illness: The case of Funny Face
International Day of the Girl Child: The need to promote the development of the Girl Child
A Critical Perspective Evaluating The Cpp
The Reality Of Party Factions And Power Blocs!
TOP STORIES