Hot Meals For Students: Spare The Ghanaian Child The Abuse And Manipulation 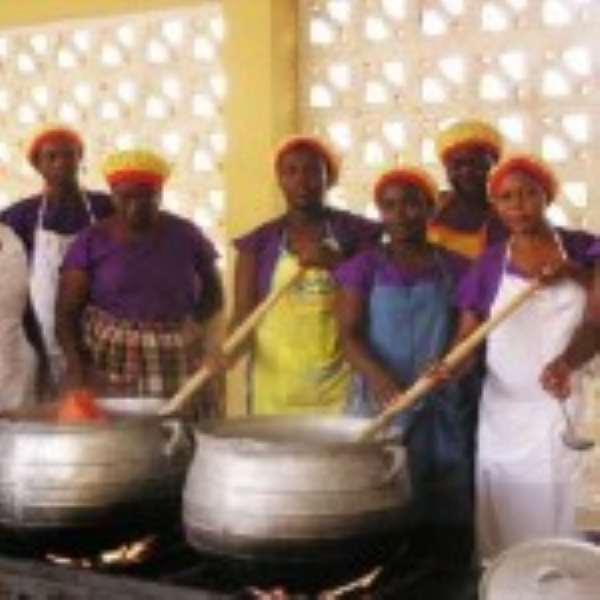 The NDC Proforum-USA is appalled by the abuse of child rights by the Akufo-Addo government in their pursuit to woo the minors to sing undeserving praises for a populist social intervention programme. We are by this statement cautioning the government to desist from further exposing minors during their electioneering campaign.

We further entreat parents and guardians to take cognizance of their political environment and protect minors as much as possible. It is disheartening and nauseating for the NPP, which touts to have the interest of Ghanaian children at heart continue to expose minors such as seen on social media, purportedly staged at the launch of their another ‘con-manifesto’.

Another viral video on social media exposes some final JHS students been forced to endorse the campaign slogan of the failed president before the food promised by the President is given to them. Reports indicate students who refused to endorse it were prevented from taking the “Hot Meal” prepared with the taxpayer’s money.

According to the United Nations Convention on the Rights of the Child, minors have the right to participate, form an opinion and to form part of a political party. Notwithstanding this right, the viral videos reveal Ghanaian children are being exploited by agents of the Akufo-Addo government to consent for such participation.

The NDC Proforum and likeminded responsible social democrats the world over, view children as delicate, vulnerable, and thus need guidance and protection.

The NDC Proforum – USA by this statement reiterates the concerns of child rights advocacy groups in Ghana; that the use of minors in political party campaigns as perpetuated by the NPP is a recurring issue and thus critical that the EC and security agencies take the appropriate steps to protect the rights of children in the run up to the upcoming elections.

God Bless our homeland Ghana and make us strong to defeat the inferior tactics of the Akufo-Addo government and come out victorious.

FixingTheCountry Movement to march in support of Akufo-Addo'...
14 minutes ago